Demolition work will begin next month on one of the two central Dunedin blocks that will form the city's new hospital. 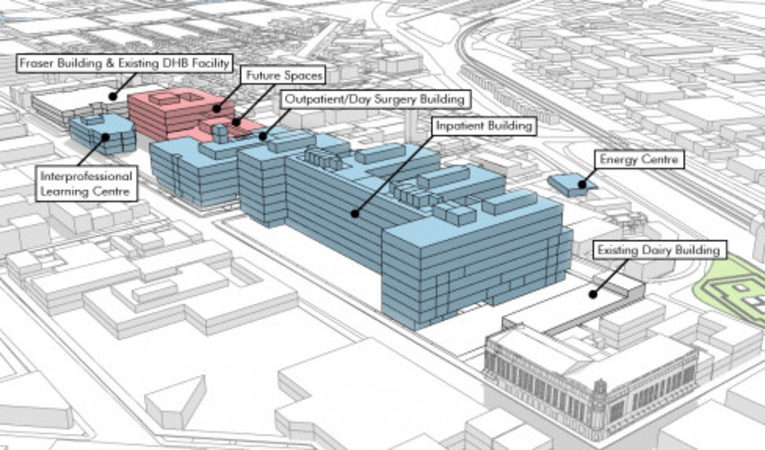 In a notice to neighbouring businesses, the Ministry of Health and the Southern DHB said the contract to clear the existing sites had been awarded to Ceres New Zealand LLC - a company with decade's worth of experience working on large demolition projects, including the Christchurch rebuild.

The company would begin by demolishing the former Cadbury distribution warehouse early next month.

"This will be followed by stripping out the inside of all the Cadbury buildings [south block]," the notice said.

"Demolition works are then expected to start on the Ministry-owned buildings on the Wilson's [north block] site, followed by demolition of the Cadbury buildings, subject to resource and consents.

"There will be minimal traffic disruption. The traffic management plan outlines that cycle lanes and two lanes on both north and southbound sections of State Highway 1 will remain open throughout demolition.

"There may be occasions when there are short term disruptions, which we'll notify you about in advance.

"In other project areas, agreement on the Wilson's parking site acquisition has now been reached." 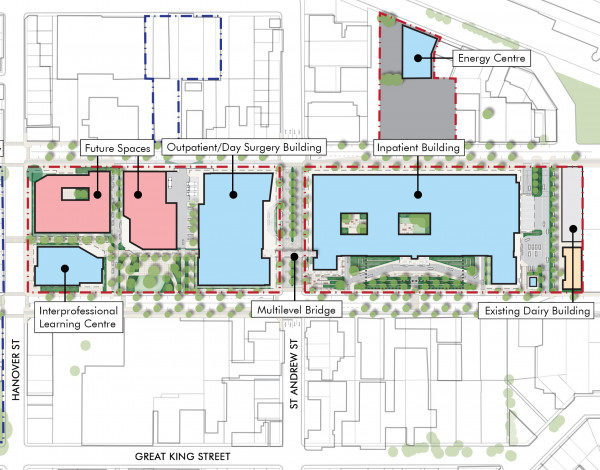 The government hoped to complete that building by 2028.

The smaller outpatient and day surgery building, to be built on a block north, were meant to be operational by November 2023.

The new hospital would cost well over $1 billion and require hundreds of workers to build.