A Huntly woman has discovered thousands of wasps have been nesting in her home for what appears to be months. 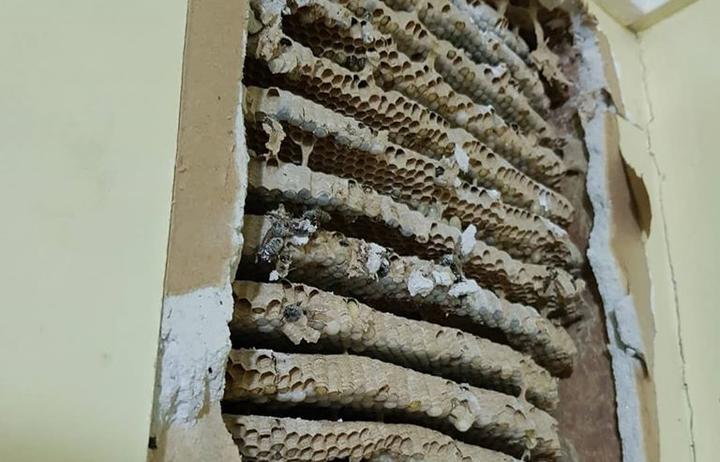 When exterminators tore a wall down at a Huntly home, they found between thousands of wasps that had built a nest behind it. Photo: Facebook / Karla Ferguson

Karla Ferguson had seen wasps in her kitchen for weeks, and heard scratching in the walls, so she decided to get an exterminator in to check it out. 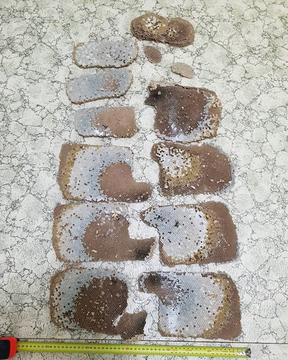 Karla Ferguson says she was fascinated to find thousands of wasps had created a nesting behind a wall in her house. Photo: Facebook / Karla Ferguson

She said when they fumigated and then tore a wall down they found between 5000 and 7000 wasps that had built a nest behind it.

"I probably should feel like disgusted or devastated bit my kitchens been ripped apart," she said.

"But I was just way more fascinated than anything ... it was disgusting, don't get me wrong, but at the same time I couldn't stop looking at it.

"It's beautiful, it's crazy to think that they can do that in such a short amount of time. I thought it was awesome to watch."

Ferguson posted images of the wasps' nest, adding that it had probably been there before they came to own the house in October last year.