A quarry company wants its road levies to be spent on roads leading to and from its Marlborough quarry, rather than some of the funding going on other roads in the district. 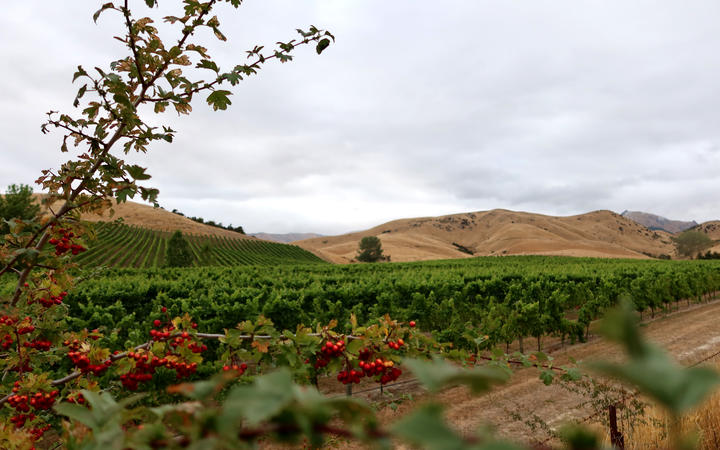 Simcox Quarry Limited wants to dig up to 90,000 tonnes of rock a year from its Barracks Rd quarry in the Omaka Valley. Photo: Chloe Ranford / LDR

Simcox Quarry Limited has volunteered to create a new "road enhancement fund" to ensure the road levies it pays for digging up to 90,000 tonnes of rock a year from the Barracks Rd quarry are spent in the Omaka Valley alone.

The company's resource consent application drew 116 submissions last year, with only three in support. Residents were concerned the works would be a safety risk, generate "unbearable" noise, and "severely deteriorate" lifestyles. About 50 people attended the first day of council hearings at the Marlborough Convention Centre on Monday.

Simcox lawyer Mike Hardy-Jones said the company forked out $111,000 in levies between 2013 and 2020 to cover road damage along Barrack and Brookby roads, towards the quarry, but only $60,000 had been used by Marlborough Roads over the same period.

Hardy-Jones said Simcox proposed redirecting the levies into a new fund, which would be used to cover road and environment enhancements along or around the Omaka Valley's two main roads.

"Where is the justification for Simcox's [road] levy being spent in other areas of Marlborough? That's the rationale behind it."

The proposal had been discussed with Marlborough Roads, who said it was a council matter.

When independent commissioner Simon Berry asked if the current low maintenance bill was because repairs were "not needed or Marlborough Roads being lazy", Hardy-Jones said he could not comment.

"It's fair to say Simcox is contributing more than the damage being done."

Repairs were the responsibility of Marlborough Roads, which had "no issues" with the roads, which were in a "reasonable state".

Berry said he thought the Barrack and Brookby roads looked "pretty good" during his visit to the quarry on Monday morning.

An economist said Simcox had also put $390,000 towards road improvements in Omaka Valley since the quarry opened, including sealing Barracks Rd and widening Dog Point and Brookby roads.

"It's over and above what others are expected to pay," he said.

Simcox Construction had mined the quarry since 1998, but management was passed to Simcox Quarry Limited in 2018. Simcox Quarry asked last June to run the quarry for an "unlimited" time period, estimating it would last for "more than 100 years".

Hardy-Jones said at the hearing that the quarry was crucial for managing Marlborough's flood control, had "significant" positive effects, and that dust, noise, and hazards would be well managed.

New Zealand Transport Agency (NZTA) data showed since 2001 there had been six crashes along Brookby Rd, which lead to the Barracks Rd quarry, and one was fatal. Two people were treated for serious injuries last May after a truck "slipped" off Barracks Rd.

Submitters against the application would make their case on Tuesday, with a third day set aside if required.