All Black Jack Goodhue's mullet has survived a public vote - but in a pink-dyed and permed version. 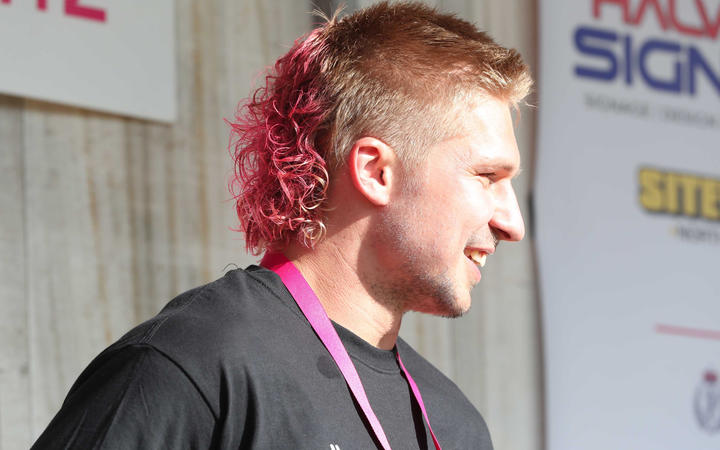 All Black Jack Goodhue got to keep his mullet, but made over with pink dye and a perm. Photo: Northern Advocate / John Stone

Goodhue put the fate of his mullet on the line at the weekend to raise money for the Bald Angels Charitable Trust.

The charity supports at-risk youth and struggling families in Northland, where Goodhue grew up.

Yesterday, during the first ever 'Mullet in the Park' event in Kerikeri, Goodhue revealed the public had vote to keep the now famous hairdo.

"I was up on stage and getting it permed while a few auctions were going on...and then I got it spray-painted pink as well.

About 400 people turned up to 'Mullet in the Park' and Goodhue estimated they would have raised about thirty thousand dollars all up.

He said it was a great feeling, and he wanted to thank all of the people who had donated and voted.

"A lot of effort has gone in behind the scenes from the volunteers for Bald Angels and to raise a really healthy amount of money makes you feel really good and really proud of the region I represent."

Goodhue said he would be keeping the mullet, though he was not so sure about the pink perm. 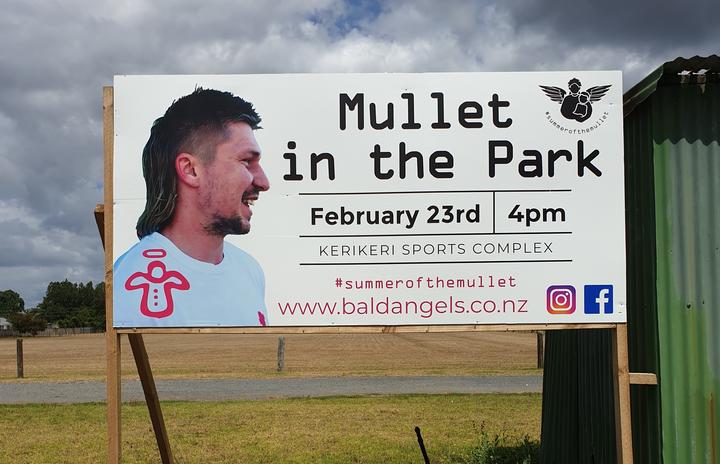 Hundreds of people attended Mullet in the Park in Kerikeri on Sunday. Photo: Supplied