A woman faces weeks off work after tripping over a "rogue" paver on Gisborne's main street and breaking her arm. 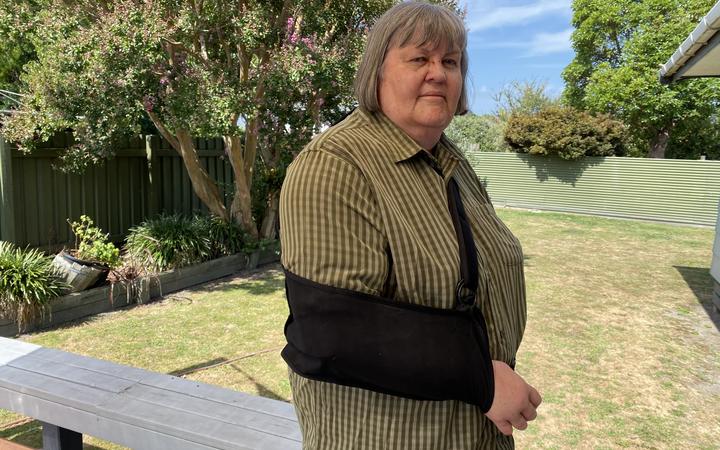 Pam Robinson broke her arm in a fall on an uneven footpath in the CBD. Photo: Aaron van Delden / LDR

Pam Robinson was walking outside The Gisborne Herald building towards Mum's Sushi on Gladstone Road last week when she felt her foot clip a paver.

"I tried to right myself, but I got a bit of a rush on and face-planted into the footpath," Ms Robinson said.

It is the latest in a string of falls reported to The Herald by people who have slipped or tripped on the CBD's paved footpaths, which were installed in 1999 as part of efforts to spruce up the city for the new millennium.

But after 20 years, the pavers are showing their age, with many of them broken or uneven, and slick in wet weather.

An ambulance was called for Ms Robinson, who was left bruised and bloodied from grazes on her face, including where her glasses had dug into her nose.

But she is grateful for the people who came to her rescue - staff and customers at the sushi shop, passers-by and staff at the Herald, where she works.

At hospital she found out she had broken her arm in three places and would need to keep it braced for at least three weeks while the bones reknitted.

Doctors said it would be at least three months before her arm was fully healed. 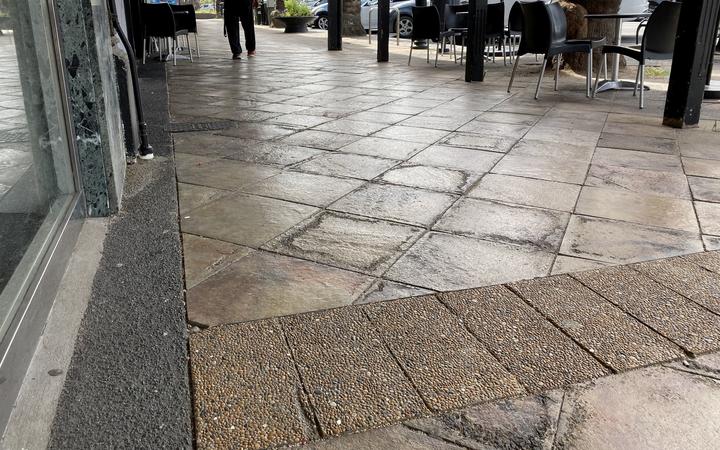 The paved footpaths were installed in 1999 as part of efforts to spruce up Gisborne for the new millennium. Photo: Aaron van Delden / LDR

Ms Robinson said within half an hour of being admitted to hospital another woman was brought in after falling over in the CBD, and that made her think the council ought to make the paved footpaths safer.

The council said it was spending $35,500 this financial year on maintaining the CBD's paved footpaths.

It has a "comprehensive" list of pavers in the CBD that need work, roading infrastructure manager Dave Hadfield said.

Since 1 July last year, the council has spent $18,000 on replacing broken pavers and $2500 on new pavers for the footpaths.

Given the age and style of the pavers, sourcing replacements has proven challenging, Mr Hadfield said.

Asked of the council's liability for injuries from falls on uneven footpaths, Mr Hadfield said the injuries were covered by the Accident Compensation Corporation.