Two junior sailors have been sentenced on drugs charges to detention and then dismissed from the Navy by a Court Martial at the Devonport Naval Base. 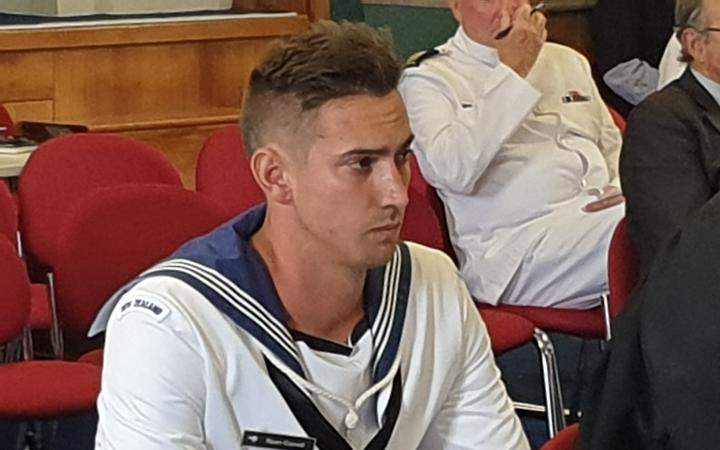 Carroll faced five charges of procuring and supplying the drug.

Heney pleaded guilty to 11 drugs charges and one charge of doing an act likely to prejudice service discipline after he used his cell phone to record pages of a test paper with the intent to gain an advantage prior to undertaking the test.

All of the charges related to event in 2018, not long after the two men joined the Navy.

Their detention will be served at a correctional facility at the Burnham Military Camp.

The Crown asked the Court for a 12 month prison term for Carroll and 10 months for Heney and that both men be dismissed from the Navy.

Prosecutor Major Rob Goguel said the public expected a higher standard of behaviour in the military.

He said Carroll repeatedly offended while being on a military base and while there was a commercial element to his offending, it was more for reimbursement rather than profit.

Major Goguel said Heney appeared to escalate his offending over a three month period and that all of his offers of supplying MDMA were to civilians, including his younger brother.

The Prosecutor said there were no mitigating factors for either of the men but both were due a reduction in sentence due to pleading guilty and co-operating with the investigation.

The two sailors both made personal statements to the court.

Carroll said the decisions he made were immature and that he will pay for it for the rest of his life.

He said he had always wanted to join the Navy and wanted to focus on his naval career.

His lawyer, John Vander Zanden told the Chief Judge of the Court Martial of New Zealand, Kevin Riordan and a panel of three senior Defence Force personnel that the offences were low-level drug dealing. 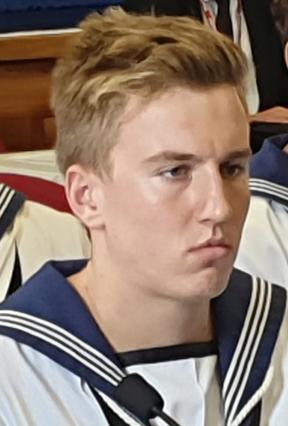 He said there was no evidence that Carroll had supplied drugs to other naval members or had done so on a commercial basis.

Heney apologised to the court for the mistakes he had made and said he regretted his actions.

He said he had not only let his family and friends down but, importantly, he had let down the service with his actions.

He said there had not been any re-offending.

In presenting the verdict Judge Riordan said the victim in the case was service discipline and that drug dealing was contrary to behaviour demanded of a member of a disciplined force.

He said the offending by the two men was serious and while the amount of the drugs involved was not trivial, it was modest.

The Court gave the men a 25 percent discount for pleading guilty. It accepted their statements of regret were both genuine and sincere.

Judge Riordan said dealing in drugs in a service environment went completely against the core values of the Defence Force.

''No further rationale is actually necessary. These, says the Navy, are our rules; you knew them, you understood them and you broke them.''

He said members of the public were entitled to believe people in the services adhered to the rules of military discipline at all times.

''They expect members of the armed forces to carry out their duties unimpaired by drugs.''

''But your close association with other people who trade in drugs takes you into a world in which your duties to the Crown to whom you swore allegiance and your chosen lifestyle have come into direct conflict.''

Judge Riordan said the success or failure of the armed services in conflict was a matter of life or death depending on unit cohesion.

''The maintenance of a ship or a weapon can have catastrophic effects for a ship or its company, it can have fatal effects. Further more by dealing in drugs you have made yourself visible to other drug dealers and that is obviously an issue of security significance.''

Judge Riordan said being detained at the Services Corrective Establishment at Burnham instead of being held in a civilian prison should not be seen as an easy option.

''It is no easy punishment. It will involve lengthy periods of training. The person who goes to SCE will become fitter - probably more than they have ever been before in their lives.''

He said it was not the glass house of times gone past.

Judge Riordan said detention away from hardened criminals would give the men the best chance to turn their lives around so they would not follow a career of being drug dealers.

The Court Martial did have the ability to sentence the men to serve time in a civilian prison.