Hundreds of cyclists made a memorial ride in tribute to a man killed while cycling on State Highway 2 near Wellington. 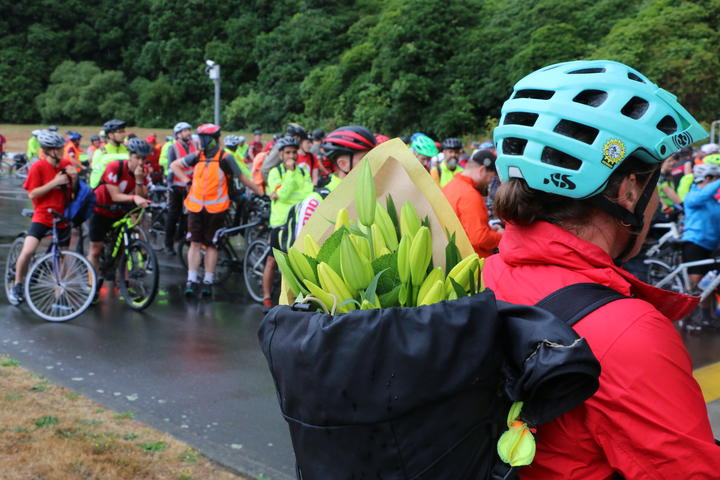 Brent Norriss, 65, was hit by a car outside a BP service station on Hutt Road on 3 February, as he travelled home to Petone.

His death prompted cycling advocates to organise the tribute ride, raising awareness for cycle safety, and remembering those who didn't make it home.

Nearly 600 cyclists clipped into their pedals at the steps of Parliament on a wet and windy Wellington evening to starting the ride out Petone, past the crash site. 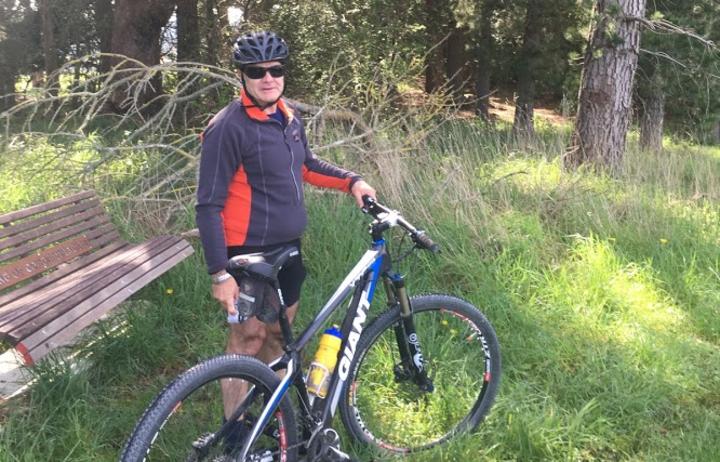 The riders wore red, Norriss' favourite colour, and listened to the sounds of Johnny Cash as they made the journey on SH2, along a narrow strip connecting Lower Hutt and Wellington.

Gathered at the scene, the riders were silent, until the sound of bike bells chimed softly when flowers were laid on a cross.

David Mears witnessed the crash, and was first on the scene.

He remembered vividly seeing a van sliding sideways and a "rag doll coming through the air".

"It was was most upsetting. It was a human being."

Mears said the government needed to do something, before someone else had to see what he did.

He was not alone - cycling advocates were demanding action from the Transport Agency to do more to protect cyclists on that stretch of road. 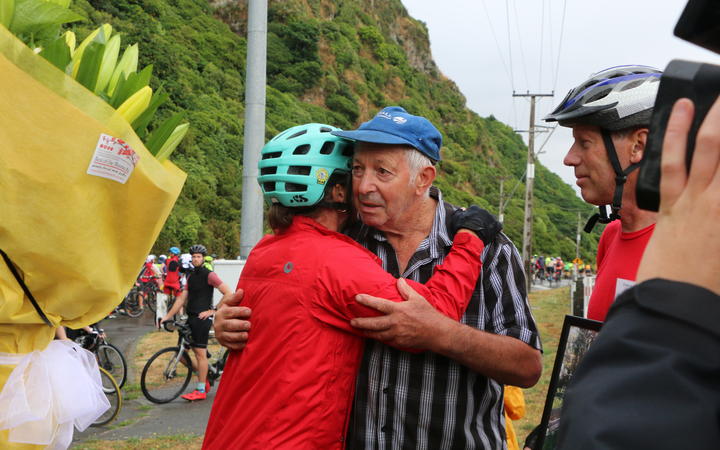 He said he was angry someone had to die before the government took notice of the narrow, unsafe cycle way which does along SH2.

His voice shook as he spoke.

"I am here today because I am incredibly sad, someone has died who should not have died.

"A driver will also have to live with a terrible mistake, predestined to happen because of appalling road design."

Tripp said cyclists should have more than a narrow shoulder of a busy highway for a commute into the capital. 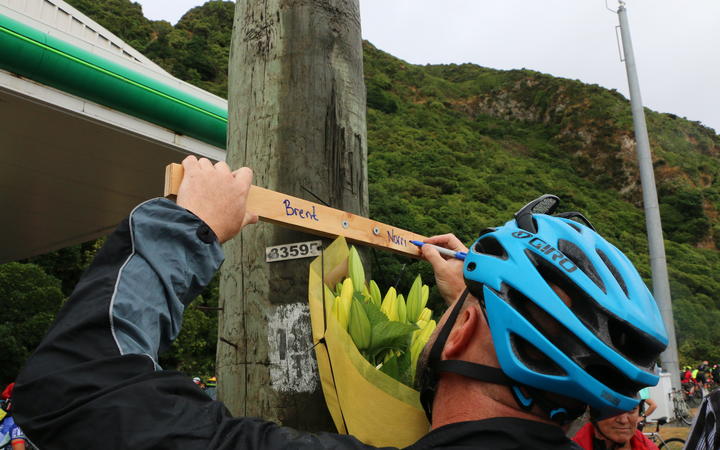 One of the cyclists writes on a memorial cross. Photo: RNZ / Charlotte Cook

One of the 572 riders knew exactly how dangerous cycling could be.

Andy McMahon had not been on a bike for nearly a year after a cycling accident, but said he felt compelled to join the memorial ride.

"I recognise that this could have been my family that had this tragedy happen.

"Back in 2012 I was hit from behind by a car and had a permanent disabling injury that has stopped me from riding.

"So I'm here to support the family and hope we can get some positive change."

McMahon said hopefully the turnout would push the government to take action and protect cyclists on the road before more people were hurt.

Minister for Road Safety Julie Anne Genter said over the past 50 years the government and traffic engineers had failed to look after cyclists, and they were now playing catch up.

"People have a right to get around under their own steam and be safe.

Family spokesperson Simon Todd said Norriss would have been humbled by the turnout and to know his death would highlight the need to improve cycleways to ensure everyone got home safely.

Police said enquiries into the crash were continuing.