Tourism operators are keen to find out how an $11 million government package to help them respond to the coronavirus outbreak will be spent. 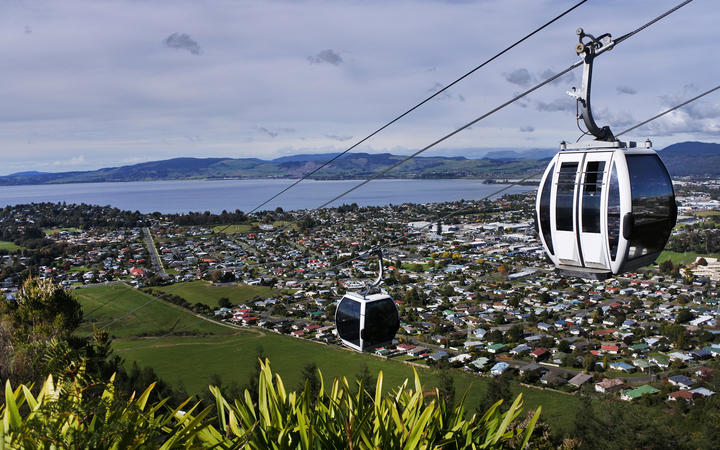 Prime Minister Jacinda Ardern has announced the government will be giving $11 million to Tourism New Zealand to try to diversify the market.

February is usually a busy time of year for Chinese tourism in New Zealand, due to the Chinese new year period.

Places like Rotorua, which would usually receive $40m in revenue from Chinese tourists, have been hit especially hard by the coronavirus outbreak.

Destination Rotorua chief executive Michelle Templer said China was its fourth highest source of international visitors and the drop in numbers was being felt around town.

"I think has been pretty significant for some of our businesses.

"We are hearing in conversations that it is not just those in the tourism industry, there is definitely a wider knock on effect for service providers in a whole range of businesses."

Destination Queenstown chairperson Richard Thomas said it was too early to tell exactly what financial impact the travel restrictions would have on local operators.

"We've seen short-term cancellations and postponements since the borders have been shut, but how long it is going to be shut for and what the ongoing downstream consequences of the virus may be, we don't know yet," Thomas said.

Treasury is working with the Reserve bank and the Ministry of Business, Innovation and Employment to calculate the cost to the industry.

Another million will go towards domestic marketing by regional tourism organisations.

"Too often we perhaps neglect our domestic tourism market," Ardern said. "We know that those regions that are specifically being impacted by the decrease of Chinese tourism are for instance Auckland, Rotorua, Queenstown and Christchurch in particular."

Thomas and Templer welcomed the announcement, despite it being scant on detail.

"It will be well received news in the tourism industry that's for certain, but we haven't got the detail as to how that is going to be spent or carved up," Thomas said.

Both he and Templer were looking forward to finding out more in the coming days about how the fund would work.

"There is a short term need here which is really going to be driven out of the Australian market, which is our upcoming shoulder season and our winter season which is incredibly important for our resorts."

England-Hall said US and British tourists also respond to marketing and good accommodation and airfare offers.