A man snapped before fatally attacking his mother with a hammer in West Auckland, a court has heard. 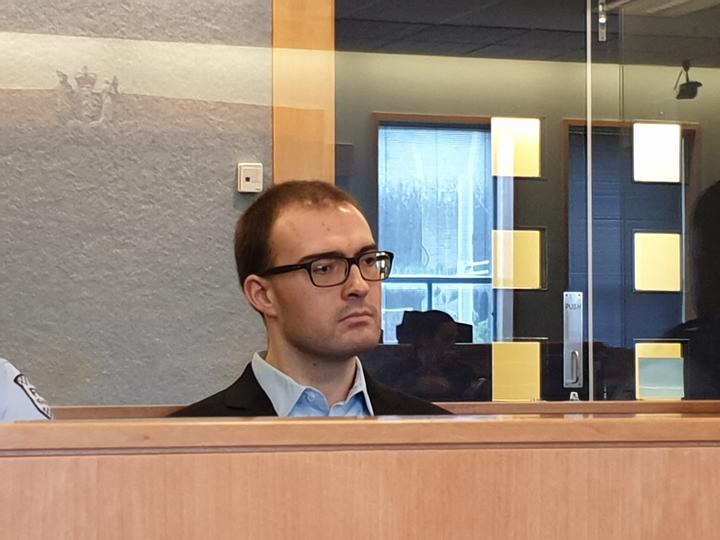 Martin Marinovich is on trial at the High Court at Auckland accused of murdering Noeleen Marinovich in Oratia last year.

"Distressed and upset, the defendant told the call operator 'we got into an argument. I got so angry I just snapped. I think I tried to strangle her and then I hit her in the head with a hammer'."

Mok said paramedics and police arrived at the family home to find Noeleen Marinovich seriously injured in the lounge with "copious bleeding" from her head.

The court heard the 59-year-old woman had a blanket pushed up to her throat and it appeared she had been hit at least 12 times on the head with a hammer, which lay beside her.

Mok told the jury the defendant was raised by his mother as her only child and lived with her at a house on Carter Rd in Oratia at the time of her death.

"The house they shared was not well-kept. It was cramped and dirty except for the defendant's bedroom which he kept comparably clean.

"The only toilet in the house had broken and the defendant and his mother were using a camping-style chemical toilet instead."

Mok told the jury it would hear Martin Marinovich was not socially outgoing and, apart from interactions with his mother and her brother, who lived in a different house at the property, he lived a "highly isolated existence".

"He would keep to himself in his room and it appears he had few, if any, friends. The defendant didn't work and he lied for a number of years to those around him that he was still attending university when in fact he'd dropped out."

Mok said Noeleen Marinovich was unemployed, having had health issues over the years and a long-standing diagnosis of bipolar disorder.

The court heard her son was her main carer; doing the shopping, paying the bills and keeping the house.

Mok said the pair argued when Noeleen Marinovich returned home from a short stint in hospital after collapsing at home.

"The defendant became so angry that he would snap and attack his mother. During that attack he would attempt to strangle her.

"At one stage he would grab a hammer form a nearby bookshelf and strike his mother in the head with that hammer at least 12 times."

Constable Gilbert Wood was one of two officers who located Marinovich at the train station.

He said the 28-year-old was pacing frantically and talking fast into his phone; the jury having heard his distressed 111 call made that night.

"He appeared visually upset. He wasn't crying but he was talking very fast to the call taker. I think I was quite in shock of the whole situation but yeah, he didn't seem to make too much sense when he was talking," Wood said.

The jury heard Marinovich was arrested for assault and read his rights before Constable Nathan Newman asked him what happened in the patrol car.

"He replied 'it was an argument, I don't know I snapped ... I remember putting my hands around her neck and I picked up a hammer."

Newman said the defendant told him he had panicked and sat down in the hallway; telling the officer he "didn't mean to" and loved his mother.

"He continued to say 'I love my mum. She has been in the hospital and has just got out. I have been looking after her. What have I done, I am her only son'."

Mok said when Noeleen Marinovich was unconscious, her son took off his clothes, showered and then drove to Sturges Road train station where he called police and told them he had attacked his mother.

However, he asked the jury to consider whether or not the defendant suffered any mental illnesses and how these may have affected his state of mind that night.

The trial before Justice Walker and a jury of nine women and three men is set down for two weeks.