A man charged over the murders of two men shot in Tauranga has been granted name suppression, in part due to concerns over possibility retaliation. 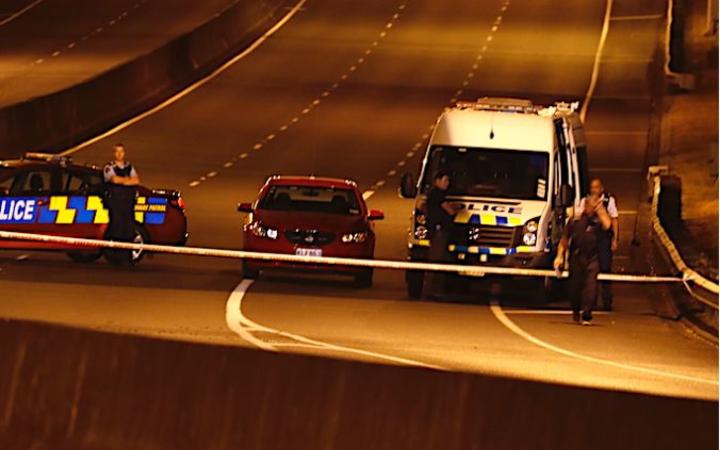 Police block a road near the scene of a rural property in Omanawa near Tauranga where two men's bodies were found earlier this week. Photo: Supplied / Sunlive

The man was arrested yesterday morning in Christchurch in an operation involving the Police's Special Tactics Group, Armed Offenders Squad and Investigations staff.

The charges relate to the deaths of two men at a rural property in Omanawa, south-west of Tauranga on Tuesday.

The heavily tattooed 25-year-old appeared calm throughout his appearance in the Christchurch District Court today.

His duty solicitor, Moana Cole, asked for name suppression on the basis of the mental health of himself and his family, the risk of prejudicing a fair trial and the risk of retaliation against him or his family.

Judge Tony Couch said there appeared to be a connection to gang associations or gang rivalry, and that raised the possibility of retaliation.

He granted interim name suppression until the man's next appearance in the High Court at Tauranga on 26 February.

He also suppressed the names of the two men killed and the summary of facts after a request from the police prosecutor.

On Thursday night, police officers were shot at when they tried to stop a vehicle suspected to be connected with the killings.

After a shootout, the driver of the car was killed.