A powerful new housing and development agency is already causing ructions and has been accused of poaching key staff from local councils. 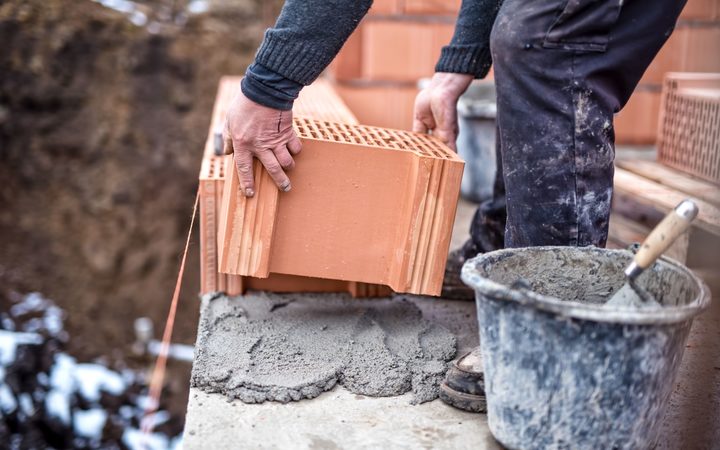 Kāinga Ora will combine the state house aims of the defunct Housing New Zealand, with the power to set rates, change bylaws and do its own building consents nationwide.

A bill bestowing the new body's reach is about to go before a parliamentary select committee for public submissions.

"The powers that Kāinga Ora has ... will make it more powerful than any agency that has preceded it," said lawyers Simpson Grierson.

"Consequently, a contentious topic during the select committee process will inevitably be whether Kāinga Ora will be too powerful."

Before it even gets the powers, Kāinga Ora has been building its parts, including recruiting building officers from councils by advertising salaries between $10-$30,000 above what councils pay.

The Wellington City Council called that an "aggressive" and short-sighted play.

Kāinga Ora has to staff its 28-strong building consent arm early on to prove to the national quality control body IANZ that it deserves to be accredited - something it expects to happen later this month, in a landmark move to become the first non-council building consent authority in decades.

Its jobs carried national responsibility so were not like council jobs, it said in a statement.

Auckland Council lost 18 staff to Kāinga Ora, before councils went to the agency in protest two months ago.

"This additional strain does have an impact on our ability to undertake our existing functions," Auckland Council said.

Wellington City Council has not lost any officers but has decided to increase what it pays building staff, partly in response to this, and expects that to nudge consenting fees up in 2021.

"If you're going to get more houses built and consented, probably last thing you want to do is rob lots of staff from two of your larger councils," said mayor Andy Foster.

The Society of Local Government Managers, in its draft submission to the Urban Development Bill, said Kāinga Ora had directly approached every single building inspector at one council.

"This included their recruitment agent directly approaching every building inspector employed in one council with offers of considerably higher remuneration and other benefits," the society said in its draft submission.

"We understand that this extended to other councils in the same region."

This forced the council, which it does not identify, to pay its building officers more, it said.

The society added that in January this year, Kāinga Ora was advertising 35 vacancies at once, though "few of these appeared to relate to actual urban development activities".

"Kāinga Ora's capability needs and its flow-on to wages and salaries ... is an example of the costs that this bill will create for the sector."

Local councils would also end up administering collection of rates Kāinga Ora would be empowered to levy, the society said, and ratepayers would pick up the ongoing costs of maintaining and renewing any infrastructure it built at its developments.

The submission said the society feared Kāinga Ora's powers would go unfettered, and called for a performance review within the first five years.

The local bodies are in a cleft stick, wanting to express support for the government's aim to speed up house building using Kāinga Ora, while registering grave concerns over whether the agency has enough checks and balances on it - and raising a host of questions about it at the select committee.

"The question would be, if these new powers are needed to get through the problems of funding and the RMA, why not give the powers to local councils?" said Local Government New Zealand president Dave Cull, whose organisation has been fiercely campaigning for more "localism", versus more centralisation.

He raises the fear of Kāinga Ora "riding roughshod" over local and district plans and needs.

On that score, the agency has had a fraught start with the building officer recruitment drive.

Kāinga Ora said in a statement it had stopped recruiting building officers for now - but has not said it won't start up again.

It was paying market rates, it said.

"We are in discussions with several councils," it said.

However, this occurred only after the councils went to it first.

"It would have been about two months ago," said Wellington's chief city planner David Chick, "when we were certainly aware of the advertising campaign and a recruitment company directly approaching our staff."

Dialogue was now open to workforce planning "and a more collaborative approach to the whole building system across the country", Chick said.

"We get into a bidding war to sort of retain and keep people," said Phil Wilson, who is also a senior manager at Auckland Council.

"This possibly wouldn't be a problem if we weren't under so much pressure because of development generally. Auckland has had to bring qualified people in from Canada to assist with this."

Auckland Council, which processes 25,000 consents a year, said it would highlight the consent pressures in its submission to the Urban Development Bill, due today.

The local body submissions on the bill that RNZ has obtained have another theme - that streamlining building thousands more homes is vital.

Kāinga Ora said having its own consenting unit would speed this up.

The powers to consent, inspect and give code compliance to its own developments, would be governed separately from its construction unit, Kāinga Ora said.

It must also satisfy regulators there was "no conflict of interest".

However, Wilson said a big concern remained that the agency might consent pipes and other services that were "cheap" or not suitable to fit with existing council systems, foisting new costs on ratepayers eventually.