An Auckland property manager says she would be delighted to be able to cease providing emergency housing. 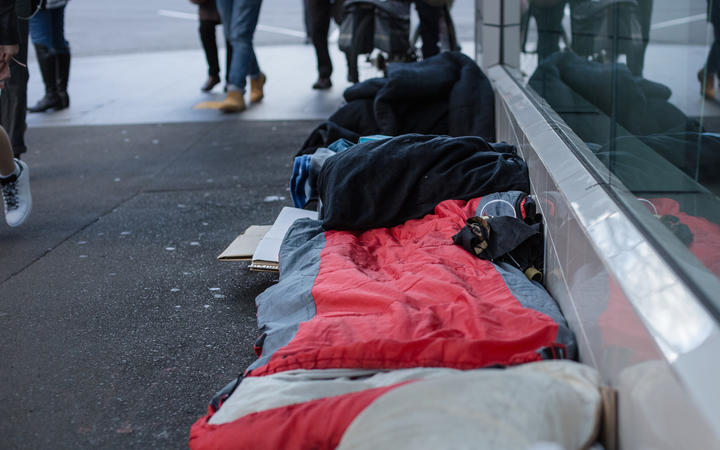 The government is ramping up its efforts to stop using motels for emergency housing, announcing a $300 million action plan on homelessness to include an extra 1000 transitional housing places by the end of the year. Community housing advocates have applauded the move.

Silverfern Property Services director Zubeen Andaz said she'd love to see the government provide more social housing and services, even though it would mean less demand for her homes.

She said she wanted the children to be in more stable homes, and won't miss the damage she's had to fix.

"Especially families; they've been in bad situations. And for their children, their schooling, there's no stability. It's very heartbreaking," Andaz said.

"End of the day we see heaps of damages. There's a lot of losses we face. Probably 90 percent of the time things are stolen, broken [or] smashed."

In a two-year period the company, Silverfern Property Services, was paid $4.59m. Andaz said that was a fair price considering the difficulties and costs associated with the job.

"It shouldn't be going out of the company's pocket - the amount of rubbish we see, the stolen items, lots of damages.

"We look after the utilities... We furnish the place... The money is well used and is not mainly just for profit," Andaz said.

Courtney, a single mum of four teenagers, is living in a motel. She works full time, lives paycheck to paycheck, and will be pleased to get into a more stable home.

"In the motel, it's just a small bar fridge. We don't have a freezer so a lot of the time I have to buy daily, which can be really expensive as well.

"I know people who are living in cars or couch-surfing with their whānau, so I am really grateful to be here, but there are hard times as well."

To find those sought-after long term homes is harder. The social housing register has more than doubled in the last two years to more than 14,000.

Monte Cecilia chief executive Bernie Smith applauded the move but said more houses must be built so people were not stuck in temporary accommodation.

"Where do they go? There's no build programme to create affordable rentals, which many of these families need... Not using existing developments, not buying existing homes, they need to be building brand new homes."

"One of the things [the plan] is doing rights-based way, is it is actually saying it wants to support the capability and capacity of Māori housing providers and iwi to actually self determine what programmes look like and matches some investment to that"

"At best the amount of dollar investment that yesterday's announcement puts forth is barely a downpayment. But what's different is they've actually finally accepted that we need to rebuild a well-functioning housing system in New Zealand - and this is the first time I've seen any document come out from any government that recognises that is the core problem and is investing in resources towards a solution."

"Part of the package we put in place was actually some more support around the tenants. We'll have brokers that work with people," Woods said.

"For some people that might be a very short period of time; it's actually about the ability to find a rental and move on.

"For some people they'll need more intensive support, learning budgeting skills, the ability to sustain that tenancy, and to get in a position to do it."

Woods told Morning Report motels would continue to be used as emergency accommodation as as there were people who needed them.

"I would rather people did have somewhere to sleep that was warm and dry and not a car or on the street."

The government was building more public houses than any other had in decades, she said. Work was being done on a range of measures including on access to land.

"We're not going to turn this gigantic ship around in two years. We have started work but we are more than aware there is more work to do".

Prime Minister Jacinda Ardern said accommodating people in motels was a last resort and not a solution.

"It's not a good option for families, and is such a temporary way of existing. It doesn't represent an efficient use of taxpayers' money - renting or leasing from a motelier rather than us having something we can more permanently use either for short term or longer term housing," she said.

Hurimoana Dennis, Kaitiaki Matua from Te Puea Marae, which helped house the homeless during winter at the height of the housing crisis, said any funding or resource would be helpful, as long as the money gets to the people.

Dennis said 480 whānau had come through his whare for housing help since 2016, "and we're only a small set-up".

The wider family should be the first port of call to help whānau, and those families who can step up need to be supported, he told Morning Report.

"What we're noticing now is kaumātua and kuia ... the elderly, are now becoming homeless inside their own homes because they're having to look after their mokopuna, because their kids aren't coping.

"It's all compounding itself in little corners."