People upset at the brutal attack on a 4-year-old boy should not take matters into their own hands, police say. 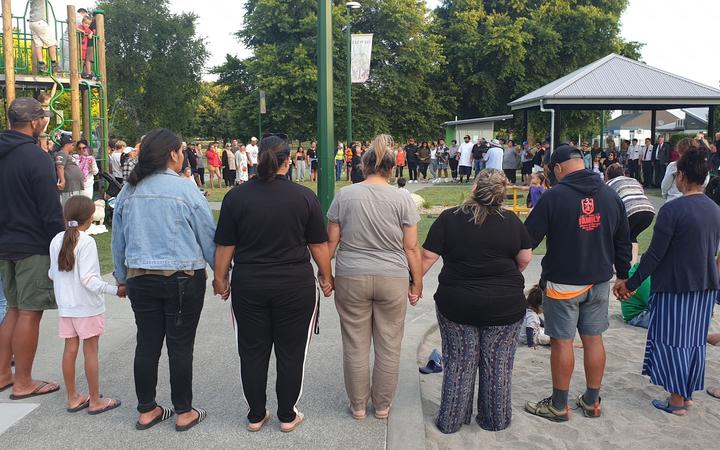 Hundreds gathered at Flaxmere Park in Hastings for a karakia as a show of support for the boy who is now in Starship Hospital. Photo: RNZ / Anusha Bradley

The child is in a stable condition at Starship Hospital after receiving brain damage and other injuries two weeks ago at unknown hands.

A police spokesperson said they understood the distressing nature of the incident had upset the community.

But they have cautioned against any speculation or action which may affect their investigation.

RNZ understands some family members have been named on social media.

Police said up to five family members were present at the boy's home when he was assaulted, but some were not cooperating with their investigation.

Detective Inspector Mike Foster, who is leading the investigation, has urged the family, and anyone with any information, to speak up.

Hundreds of residents gathered in Flaxmere Park in Hastings last night to pray for the little boy.

Hastings District Councillor Henare O'Keefe agreed with the police warning but said he understood there was anger and that some wanted utu.

He urged people not to let their anger be part of the solution. He said if there was a solution to the problem of family violence, it could not be legislated and it was not up to the government or the local council.

"If there is a solution we need to take a look in the mirror."

A pastor at Bay City Church, Dave Connell, who also attended, said while people were asking what could be done to stop such a tragic event happening again, they needed to first look at themselves.

The biggest issue facing many New Zealanders was anger, which sat just below the surface and was sometimes expressed in situations like road rage, he said.

Sharron Sinton, who travelled from Hastings to attend the gathering, said many people in a family violence situation felt too proud to ask for help.

"There is help out there but it is about speaking up, and being brave and courageous."

Flaxmere resident Leah Conway agreed, saying families that were struggling needed to reach out but sometimes found it hard to ask.

As their children played, 300 people linked arms or held hands in a large circle around them, to pray for the injured boy.

Long-time resident Haromi Rowlands said the community was really hurting. "This is suffering, this place at the moment and it's just good to know that everbody's got a heart here and we're all connected." 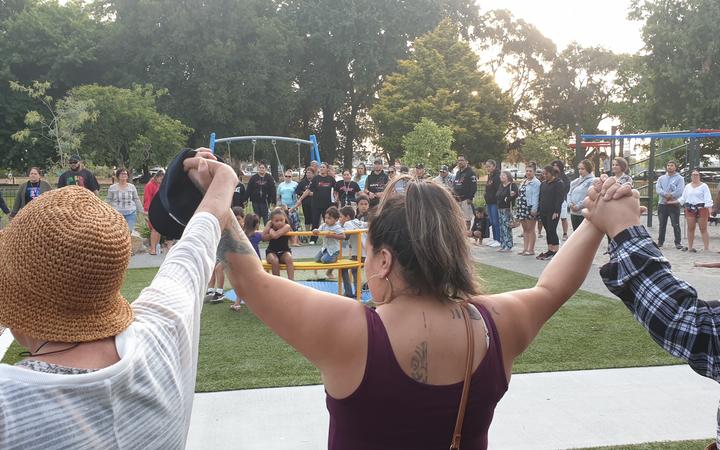