New Zealanders going into self-isolation due to concerns over the novel coronavirus have been told they should register with Healthline so they can get regular checks on their welfare. 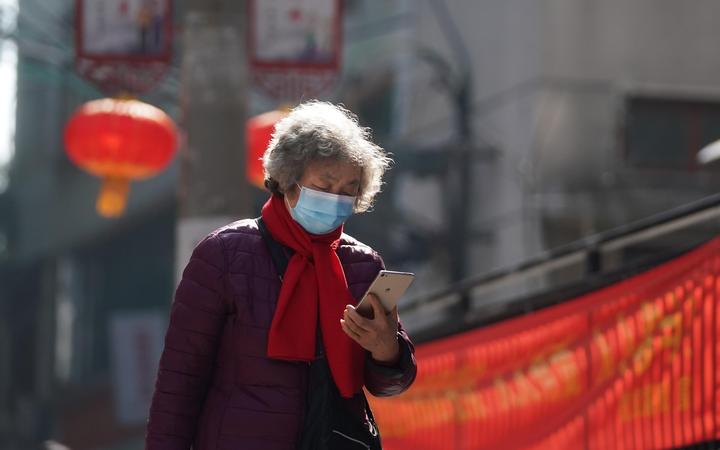 A resident checks information on her phone in Wuchang District of Wuhan, the epicenter of the novel coronavirus outbreak. Photo: AFP

More than 1850 New Zealanders have registered as being in self-isolation due to concerns over the Covid-19 acute respiratory disease.

In a press conference held this afternoon, Andrew Slater, the chief executive of National Telehealth Service which operates Healthline, said it will now start to follow up on people who have returned to New Zealand from China since erarlier this month and ask them to self-isolate.

Slater said self-isolation for 14 days was no easy task and that was why it was important they knew who they were, so they could check on their welfare and see if they had everything they needed.

He said people in self-isolation were taking it seriously and following the guidelines on the Health Ministry's website.

"We've seen a high commitment to following those guidelines."

Slater said he was pleased with the way Healthline was working - it was drawing on 450 staff and support agencies, especially those who have Mandarin speakers.

Healthline are using phone numbers given to them by Customs to contact the four thousand people who have still not registered.

The border agents entered into a Memorandum of Understanding with the Ministry of Health, which shared information between the two organisations.

"It's information that we get from airlines, in terms of booking registration," said border operations manager Terry Brown.

"It gives scant details around the identification of the passenger and a contact number for them. So that information is now possessed by the Ministry of Health for any follow up action they wish to take."

Brown said the information was all being handled securely.

"It's shared electronically, that's exclusively [given to the] Ministry of Health, and that's why we've entered into a Memorandum of Understanding to maintain security.

"Clearly that information is required for a reasonably extraordinary purpose." 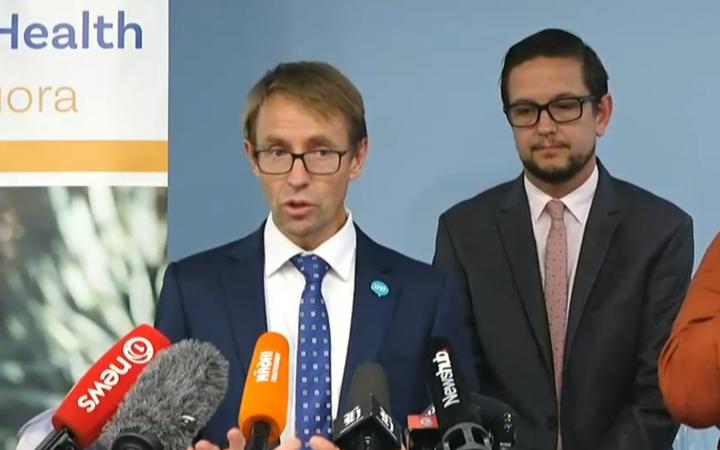 Director-General of Health Dr Ashley Bloomfield said there were still no confirmed or suspected cases in New Zealand, and more than 50 cases had been tested, but they had all come back negative.

He said the very strong precautionary approach, especially around borders, being taken by New Zealand was appropriate, given the United Nations had labelled it as a grave threat to the world.

Dr Bloomfield said the Red Cross and a range of agencies were working hard to ensure those in isolation at an Air Force base north of Auckland were being well catered for and he was pleased with feedback.

He said the technical advisory group would be meeting again tomorrow to consider any emerging evidence.

Precautionary measures have been in place at Auckland and Christchurch airports, which have direct flights from China.

New Zealand health authorities are moving to contact people who have arrived from China, but are not among the roughly 1850 registered as being in self isolation so far.

Health Minister David Clark announced yesterday that Customs would share data with public health officials to keep tabs on any New Zealanders who had returned from China.

No one in New Zealand has been found to have the flu-like virus, which has so far killed 1113 people in China. The country reported another 97 deaths from the illness today.

Another 39 people have tested positive for the coronavirus on the quarantined Diamond Princess cruise ship in Japan as well as one quarantine officer, bringing the total to 175, the health ministry said today. So far two New Zealanders on board have been confirmed with the disease, with another 11 Kiwis not presenting with symptoms.

The Diamond Princess was placed in quarantine for two weeks upon arriving in Yokohama, south of Tokyo, on 4 February. About 3700 people are aboard the ship.