Fifty-one Gisborne properties were without water this morning as the council worked to repair a burst main while announcing further water restrictions. 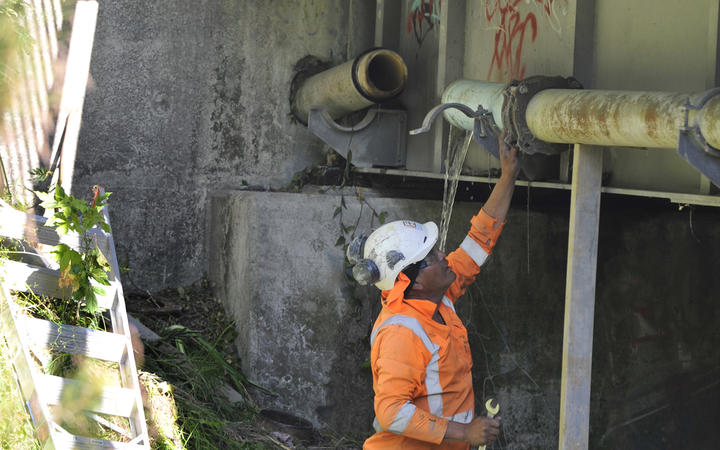 A total sprinkler ban will come into effect tomorrow, with the city's demand for water continuing to exceed the 22.2 million litres a day that Gisborne's main water source, Waingake water treatment plant, is able to supply.

Meanwhile, a burst water main on Nelson Road in the early hours of this morning has left 51 Riverdale properties without water.

It would take up to five hours to repair the pipe and restore water to the properties, Gisborne District Council communications adviser Christine Boyce said at 9am.

As contractors were carrying out repairs, the council was notifying residents of the breakage, Ms Boyce said.

No schools in the vicinity were affected, she said.

Charteris Rise resident Treva Rice said he had no water this morning so called the council and was told there was a burst water pipe in the area but the supply would be restored about 7am.

However, there was still no water coming from the taps when Mr Rice left for work about 8am.

He said it was disappointing the council had not notified residents of the fault.

"The boys mentioned there was no water last night but it wasn't until this morning when we went to get ready that I realised something was wrong."

Mr Rice said he thought it may have been only his house affected but checked his neighbour's outside tap and it too was dry.

The council did not have data available this morning on the amount of water lost due to the breakage.

Although Gisborne's water demand decreased in line with cooler temperatures in the past few days, it still exceeded the Waingake plant's supply limit and was back up to 25.2m litres in the 24 hours to 8am today.

There is also no rain forecast for the next week.

The total sprinkler ban comes with a plea to businesses and industry to conserve water.

The next level of restriction - a total outdoor water ban - would restrict outdoor water use for businesses and require them to activate continuance plans.

Meanwhile, Facebook users expressed concern about the use of a sprinkler system for grass around Gisborne's HB Williams Memorial Library about 11.15am yesterday.

Ms Boyce said water restrictions do apply to the council.

A sprinkler restriction had been in force since January 30, with sprinklers allowed to be used only between 6am and 8am.

A timer fault was the reason the library sprinkler was running at the wrong time and the timer had since been disconnected, Ms Boyce said.

The council encouraged people to report irresponsible water use via its GDC Fix app.