A large scrub fire west of Bulls in Rangitikei district is now contained, but fire crews will continue fighting it today. 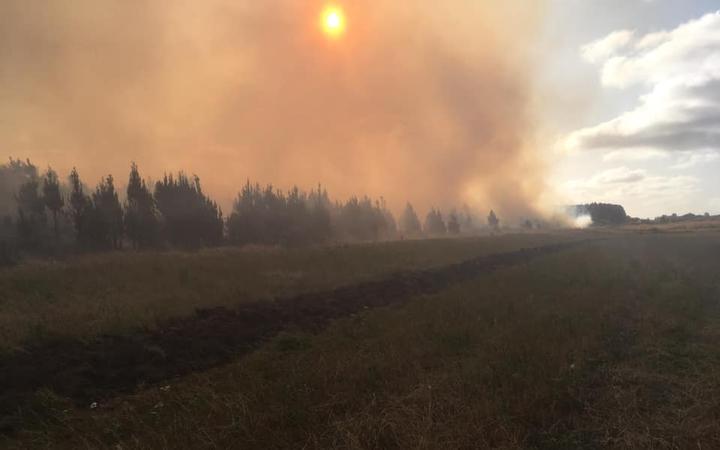 Fire crews were confronted with smoke and flames as they arrived to fight the fire yesterday. Photo: Rangitikei Rural Fire / FENZ

Firefighters were called to the blaze in a tree farm near Lake Alice about 3.30pm yesterday.

It had spread over 80 hectares by the evening and was being fought by the crews of eight helicopters, 11 fire engines and three water tankers.

Fire and Emergency this morning said the fire was considered contained, and ground and air firefighting efforts would continue today.

The fire had burned in grassland, scrub and forestry, and smoke had been seen as far away as Manawatū Gorge, Woodville and central Hawke's Bay. 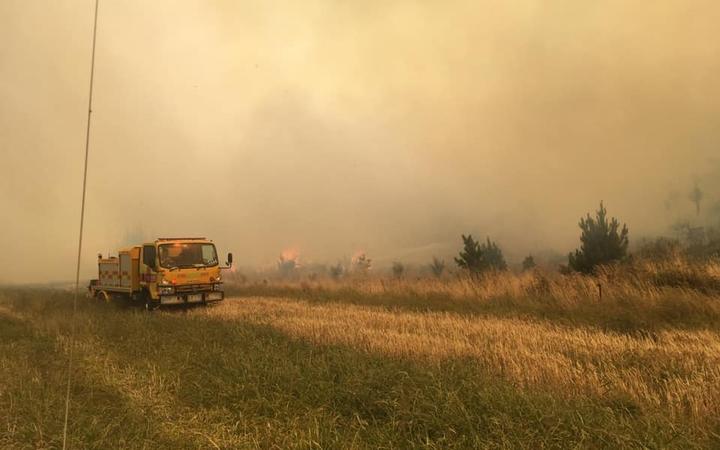 The service said crews monitored the scene overnight and would remain there today.

Fire and Emergency said weather conditions had improved in the area, and wind had moved the fire away from the nearby Farmland Foods meat factory, which was evacuated last night as a precaution.

A total fire ban was set to begin for Rangitikei, Manawatū and Palmerston North this Wednesday, 12 February.