Gravel could be dug up from a clogged stream mouth and used to help sculpt a new Marlborough marina. 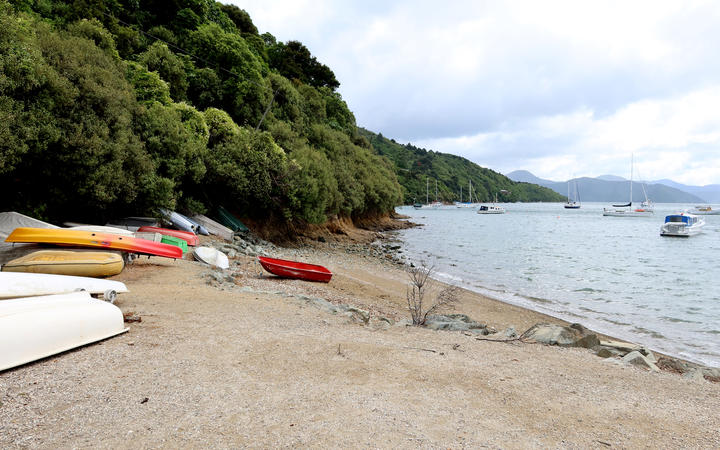 he site of the proposed Waikawa Marina extension. Gravel from the clogged nearby Waikawa Stream could be used to reclaim land for the project. Photo: Chloe Ranford/LDR

The Marlborough District Council wants to extract up to 8000cu/m of sediment from the Waikawa Stream and use it to reclaim land this autumn ahead of the town's $20 million marina extension.

Port Marlborough announced last year it would add 252 berths to the Waikawa Marina, with the expectation it would pump an extra $2.4 million a year into the region's economy.

Council rivers and drainage manager Geoff Dick said at an assets and services committee meeting last week it would be "cost effective" for Port Marlborough to use the gravel as fill.

"It's expensive to just remove it," he said.

His report said a cost sharing agreement had yet to be confirmed, but it was understood the council would do the excavation on contract to the port.

Port Marlborough chief executive Rhys Welbourn said the organisation was supportive of the proposal, but had yet to sign off on it.

"If possible this would be a win-win for both organisations and means we can reduce the overall carbon footprint of the build by not having to import material from further afield," Welbourn said.

"We intend to go to our board in February for a decision on the Waikawa Marina Extension, at that point we'll be setting a budget for the project."

The proposed extension would be built north of the Waikawa Stream.

Dick said data showed the stream's bed levels had risen 75 centimetres since the Waikawa Marina was built around 1990, as sediment was not able to "fan out".

Removing the gravel build up would protect nearby houses from being flooded after heavy rainfall, he said. 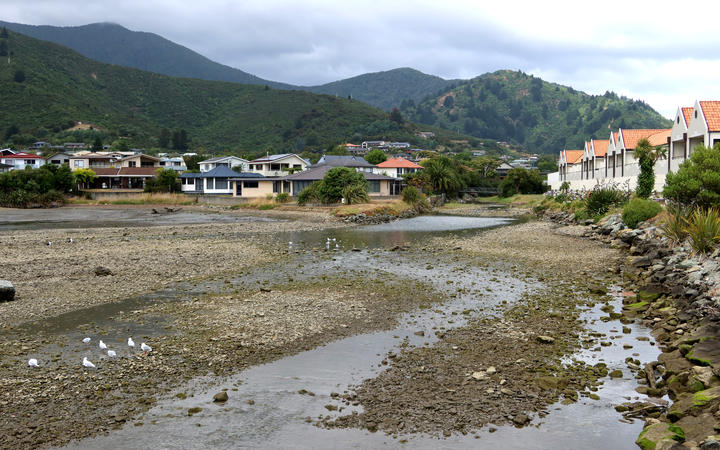 The council had decided it would only remove sediment within reach of excavators and trucks, as barge-based extractions were "expensive" and unlikely to produce gravel suitable for the proposed marina extension.

Parts of Waikawa Bay's shoreline would also be restored using extracted gravel and seagrass plantings, in the hopes of stopping it from being eroded by the sea.

In preparation for the works, the council had checked that the gravel would be suitable for the marina extension, obtained a resource consent, and had "extensive consultation" with Te Atiawa o Te Waka-a-Maui and neighbouring properties.

Dick asked to "pillage" $300,000 from the council's Wairau operating reserve to complete the works, subject to Port Marlborough's approval later this year, which Waikawa and Picton residents would pay back over 10 years.

Councillor Brian Dawson asked if the funding request would put the council's reserve under constraints.

Dick said it was "not as healthy as it use to be" and this needed to be reviewed in the 2021 long-term plan revision.

The council approved his request, but it still had to be adopted at the full council committee on February 27.

Councillor David Oddie, who held the harbour and climate change portfolios, said he was disappointed that the request was approved "from an ecological perspective".

"This is one of the last remaining areas where seabirds sit, feed, [and] wait for the tide to come it," Oddie said.