It was 1973 when a young Nanubhai Ranchhod moved from India to New Zealand. 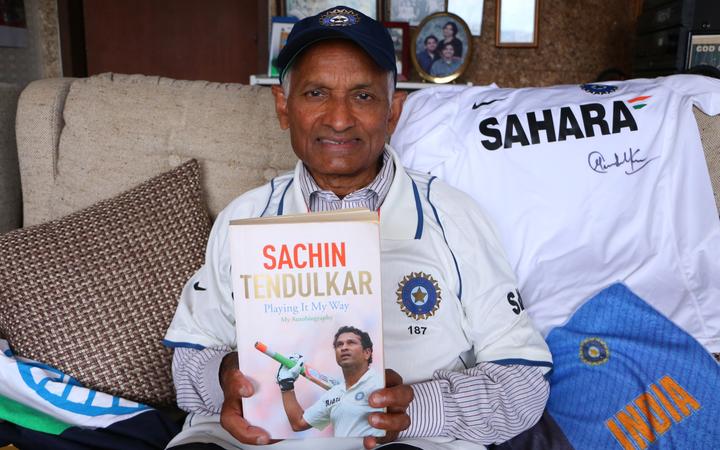 He brought with him a love for Indian culture and food, but most importantly a love for cricket.

The Indian cricket team is currently on a tour of the nation, with a seven run victory over New Zealand in the final Twenty20 match at Bay Oval in Tauranga yesterday and a 5-0 sweep of the series.

"Back in India when I was there, there was no television, only radio, BBC radio. There was only one for the whole street so everybody got together. Then I went to Mumbai to watch the test cricket matches when I was in India as well," Ranchhod said.

Ranchhod and his wife set up an Indian grocery shop and became one of the first in the country to import traditional foods and spices.

They also joined the Wellington Indian Association where Ranchhod would later become president.

Despite being so busy, Ranchhod always made time for cricket, playing every Saturday for many years.

"Cricket is like one of the best sports for me here and back in India, so I feel good. If I don't play Saturday, I feel bad the whole week. If I don't score runs I feel bad all week and I'm just waiting for the next Saturday," Ranchhod said.

Back then, Ranchhod said there weren't many Indian food places around, so he and a few others offered to host the team.

"Each time the whole team came, we used to provide food that we would cook at home. Because in the Indian team there were four vegetarians and they couldn't eat Kiwi food and they would hardly touch it.

"I heard that the ex-cricketers will talk in India when someone says they are from New Zealand, they will tell them that Nanubhai looked after us and gave us food otherwise we would starve," he said.

He kept a series of photos, signed shirts, caps and other items to remember his time with the teams.

He can no longer count the amount of times he has met with the cricketers.

His favourite photo is one with a man he can only describe as a 'god', legendary cricketer Sachin Tendulkar.

"This is Sachin Tendulkar and me," Ranchhod said.

"That's a special photo?" I asked.

"Yes, yes that's right. I felt so great, like a 'god' was giving me his blessing," Ranchhod said. 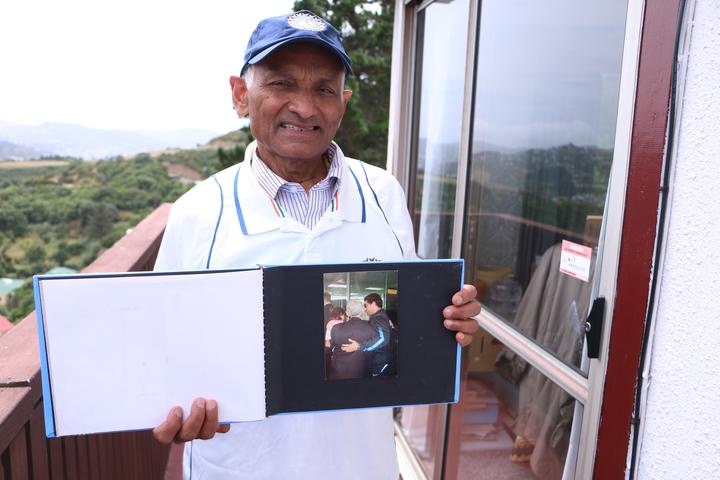 Nanubhai Ranchhod holds his photo album with his prized photo of him and legendary cricketer Sachin Tendulkar hugging at the airport. Photo: RNZ / Elizabeth Thomson

He and Sachin Tendulkar would meet each time he toured for cricket and received letters from him which he still treasures.

Ranchhod made enough of an impression to be mentioned in Tendulkar's book released in 2014, titled Playing it My Way.

Ranchhod said although he hasn't met the current team, he is still very much an active supporter.

"The last game was on Wednesday and I always watch. That game you know, I was just so excited! I watch all the matches, anywhere in the world, I will be watching," Ranchhod said.

Nanubhai Ranchhod's been honoured by the Queen for his service to the Indian community in New Zealand.

And as well as cheering on the Indian cricket team, he now supports his young granddaughter in her cricket journey.