A review has found hospital units for newborn babies are always overcrowded.

But in 2017, intensive care units which treat the most seriously ill babies exceeded that level 98 percent of the time.

Other neonatal care units were also overcrowded for significant periods.

This, in turn, puts pressure on the L3 intensive care units that can't discharge patients to the other levels.

The ministry report found "all levels of Neonatal Intensive Care Units consistently operated above resourced capacity over the 2012 - 2017 time period".

"There are no alternatives to NICU care for babies that require that level of support", and the overcrowing was putting pressure on staff, it said.

Neonatal staff manage the pressures by adding cots above the number they are resourced for, working overtime, caring for more babies per nurse, transferring babies elsewhere, and delaying deliveries until cot space was available. However, the national neonatal workforce is aging, which could increase the problem in the future.

Prime Minister Jacinda Ardern said neonatal care was "an important part of our health system". The government announced $83 million of extra funding for child and maternity health earlier this week.

Minister of Health David Clark said the report covered the period National was in power and showed that the Opposition had underfunded neonatal health care. 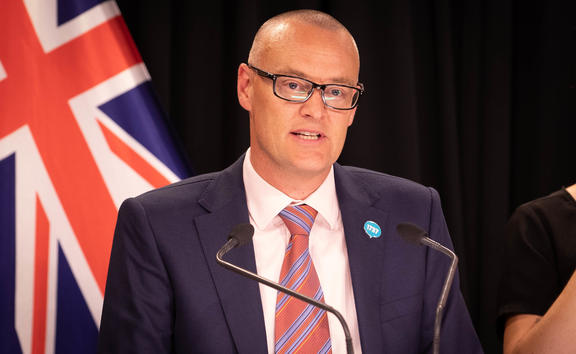 The findings would be important for identifying ways to improve infant care, and he had discussed them with the report's lead author Dr Nicola Austin, he said.

"The report's recommendations include developing a new tool to help identify and manage fluctuations in capacity across the country and a project around a model of care called 'transitional care'.

"The transitional care project is already underway. It enables babies requiring specialised but not intensive care to remain with their mothers in maternity units, easing the load on neonatal intensive care units (NICUs)," Clark said.

"A range of options" were also being considered to strengthen neonatal care, he said.

"I'll be watching for budget 2020 to see if they're able to put their chequebooks where their mouths are," he said.

"If they believe the situation is so bad and the previous government underfunded health, then they need to do more, and in two Budgets they haven't done that."