An Australian man will be trying today to become the first person from his country to swim across the Foveaux Strait. 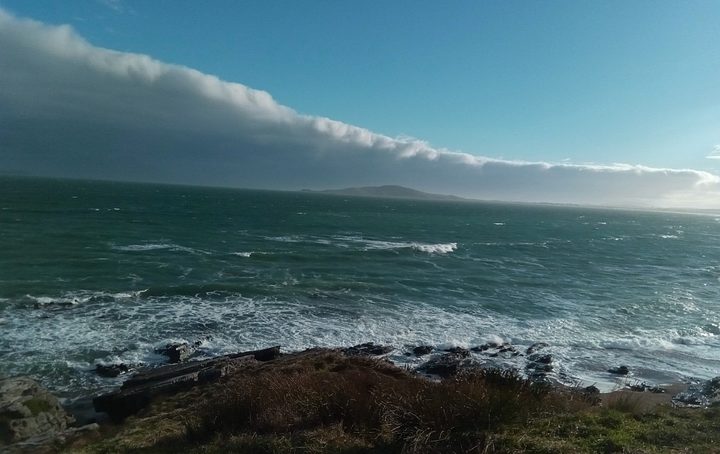 A glimpse across a stormy Foveaux Strait of Rakiura/Stewart Island. Photo: Bruce Hopkins

The 34-kilometre swim between Stewart Island and the South Island has been done by 10 people but never by an Australian.

Wayne Armour, 33, is raising money for the millions of animals affected by the Australian bushfires.

He says cold, turbulent, and shark-infested water is one of his biggest fears and he hopes to inspire others with his effort.

Based in Christchurch, Armour works as a physiotherapist and had been involved in competitive swimming in his teens and twenties.

He told the Southland Times that he lost his passion for swimming after he stopped competing and gained weight - but with his upcoming challenge he hoped to show that he and others could take control of their lives.

And he will be in good company for the journey across the Strait - his friend Chloe Harris, who holds the record for the fastest crossing, will accompany him in an inflatable boat.