A health board embroiled in controversy over whether patients' rights on consent are being breached is calling for urgent action on informed consent. 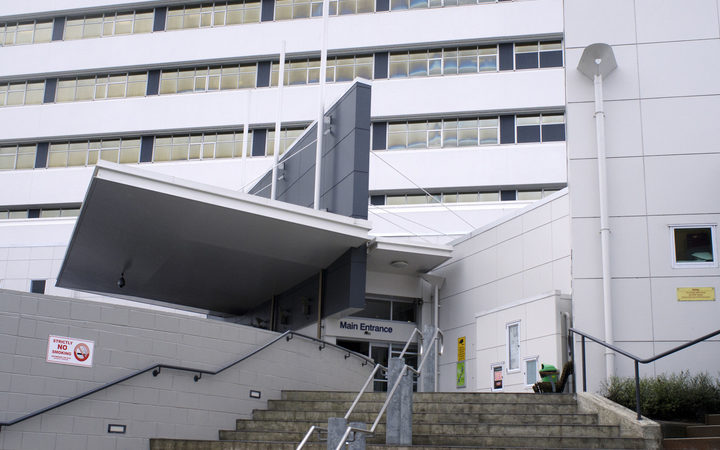 North Shore Hospital is accused of breaching patients' rights in its women's health theatres and has responded by saying a lack of consistent national guidance is partly at fault.

An Official Information Act response shows the Waitematā District Health Board wrote to the Health Ministry within days of RNZ reporting last month about accusations of breaches centred on obstetrics and gynaecology.

"The board resolved to urgently request the Ministry of Health to provide national guidance on informed consent that covers training aspects of clinical work," it told the Director General of Health, Dr Ashley Bloomfield.

It was "concerned about the lack of consistent national guidance" for hospitals that helped train junior doctors and other health professionals.

Accusations include vaginal examinations and difficult surgical procedures being done by junior doctors without patients knowing and consenting.

Complaints by the Nurses Organisation (NZNO) are being looked into by the Health and Disability Commissioner.

The DHB's chief medical officer, Dr Jonathan Christiansen, said the letter was not an attempt to deflect that.

"We have probably done more work now to improve the quality in this area, and we have identified a gap that hasn't yet really been visible to other DHBs."

They had studied all the existing guidance and rulings and found they were inconsistent, he said.

The DHB has admitted to dealing with several cases of inadequate consent up until early last year, among the 120,000-plus patients it sees each year, but says it has made huge strides on this, supplying RNZ with its policy, guidelines and staff education programme notes.

But nurses have told the union that too often the policy is being flouted during medical procedures.

The DHB told Dr Bloomfield that its junior doctors who were training to specialise - called resident medical officers or RMOs - did not need to get patient consent if they were part of a clinical team, but did require it if they were doing a procedure they were not yet qualified for.

"It is unclear whether Waitematā DHB's view of informed consent is consistent with that at other DHBs, or supported by regulatory and consumer bodies," its chair, Professor Judy McGregor, said in the letter.

"We are asking the Ministry to lead a process to achieve a consistent national consensus which aligns with the Code of Consumers' rights and meets the team-based approach to delivery of health care in training hospitals."

The confusion persists despite the DHB working for six years to improve its informed consent processes, after these were exposed as inadequate by complaints in 2012-13.

This is also three decades on from the informed consent scandal at National Women's Hospital dubbed 'The Unfortunate Experiment'.

Dr Christiansen said this was a chance for a national conversation to improve informed consent practices.

The Nurses Organisation (NZNO) said the expectation was that "all patients every time will have a full explanation of who is going to be directly involved in undertaking the procedure ... and the extent of their involvement. Supervision by a senior clinician is not consent. The two must go hand-in-hand."

The Health Ministry said in a statement it had received the DHB's letter two days before Christmas. Informed patient consent was "incredibly important" and it was working on it with the New Zealand Medical Council and Health and Disability Commissioner, the ministry said.

Health and Disability Commissioner Anthony Hill said he would ask the ministry to detail the steps it it is taking. He said he wanted to ensure all medical professionals werre clear on their obligations and that these are consistently applied.

The DHB letter also went to the Medical Council, which updated its national statement on informed consent, which doubles as national guidance for doctors, just last year.

Dr Christiansen said that statement did not specifically cover consent when training RMOs.

The council was open to reviewing it, Dr Walker said.

"I wouldn't suggest there's a problem so much as an ongoing conversation as to how much [informed consent] is enough and how much might be too much, and certainly also how much is practical in any given clinical situation," Dr Walker said.

"And that's not static. We're always open to any conversation that helps clarify that."

The DHB sent its letter to Health Minister David Clark, who said in a statement said his expectation was that patient rights and privacy were well protected with strong informed consent procedures.

"I'm pleased the Ministry is working with the Medical Council and the Health and Disability Commission to ensure we have consistent national guidelines which address any potential weaknesses in these procedures," he said.