A rejected Richie McCaw statue may have found a home in the All Black's hometown. 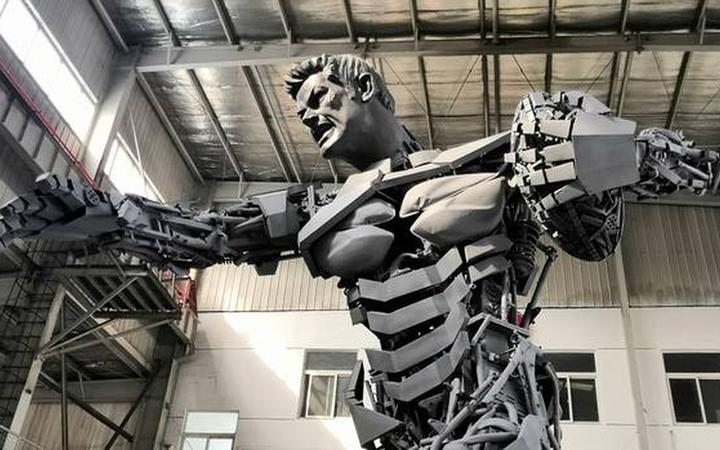 Kurow has been trying to raise money to immortalise its favourite son since 2016, but the community's plan to commission a 2m bronze statue of McCaw appear to be on the scrapheap after fundraising stalled.

A large cut-out of McCaw from the 2011 Rugby World Cup sits in the town, but it was faded and required yearly upkeep which could not go on forever, the chair of the statue's fundraising committee, Peter Ellis, said.

"We certainly still get the interest of people passing through the area who are interested in Richie McCaw and we would like to see that perpetuated and any statue is a good statue that marks that spot."

Chinese sculptor Yang Yi has a 7m-tall sculpture of the All Blacks great he wants homed in New Zealand.

Yang offered to build a metal sculpture of McCaw for Auckland Council in 2012, but his offer was rebuffed. Despite the setback he built the statue anyway.

Ellis said the industrial-style sculpture was not what was originally envisaged, but it might be just the ticket.

"We realise, number one, this sculpture has been built. We have a sculptor [Yang] that is keen to get his efforts recognised and in place, and we have not had the success we wanted with our fundraising so we'd be more than happy to talk to this sculptor," he said.

The community had raised about $17,000, which was well short of what was needed to commission the original bronze work envisaged, but could help relocate Yang's sculpture from its current home in his studio in Shiyan, China.

"It's too good to miss and it's one that somebody has made a fantastic effort on," Ellis said.

"We had lined up a sculptor ... that was prepared to do a sculpture and we had a vision of that. But we've not had the sponsors like we'd hoped we would so this is one that is ready-made and would be appropriate."

"Waitaki Valley is known for its power. We're an older generation and used to life-like statues, whereas this one is a modern take on things, and it's a statue of modern industrial style and as a powerhouse the Waitaki Valley is appropriate."

The committee intended to reach out to Yang to assess the feasibility of relocating it to Kurow, he said.