A specially adapted helicopter is completing the third part of an aerial survey over Queenstown this month. 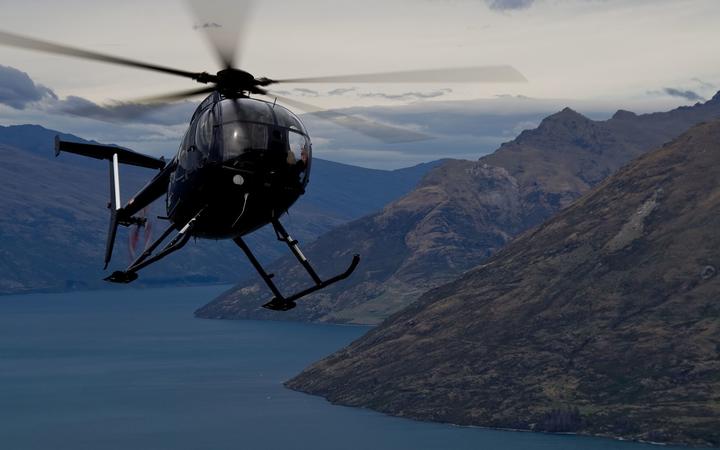 It has a protruding boom with survey instruments to find mineral deposits as well as information on faults, groundwater aquifers, and soils.

The Ministry of Business Innovation and Employment said the $8 million project was provided for in the 2014 budget and most of the area had already been surveyed over the past two summers.

Since late 2017, New Zealand Petroleum and Minerals, which manages the government's petroleum and minerals portfolio, has been conducting an airborne aeromagnetic survey over parts of central Otago and Southland.

Information services manager Richard Garlick said the helicopter will be flying at a low altitude - about 35m - to enable it to acquire high quality geological data by measuring magnetic fields and natural radiation.

The survey covers an area that stretches from near Glenorchy across to Cardrona in the north and from Mount Lookup across to Devil's Staircase in the south.

MBIE is also interested in understanding if and where there are potential deposits of minerals used in renewable technology, such as lithium, nickel-cobalt, and rare Earth elements.

It said part of the project was to identify sites that have potential for mining. The ministry said mining exploration or activity could not happen in New Zealand's most important conservation areas.

The government has also made a firm commitment that no mining will be allowed on World Heritage Areas.

"So while the helicopter may fly over them, it is not possible for companies to explore or mine for minerals in these locations," MBIE said in a statement.

A previous survey identified a fault hazard that led to a planned water pipeline in Southland being re-routed.

He said potentially affected land owners were being notified of the possibility that a low-flying helicopter might pass over their property.

Surveys have been conducted over Northland, Nelson, Marlborough, Murchison, the West Coast, northern Otago and Southland in recent years.

Garlick said the current survey would take place between now and March, and would be conducted on days that the weather allowed.