A New Zealand businessman says his masks are in high demand in China due to a type of viral pneumonia. 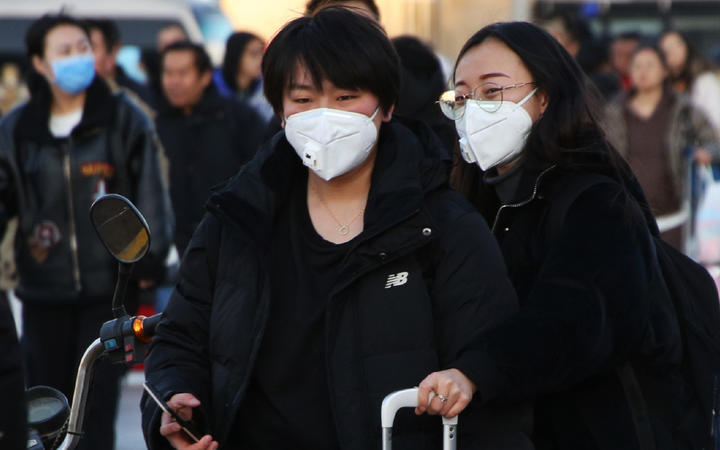 The number of people infected with the virus tripled over the weekend, with the outbreak spreading from Wuhan to other major cities, including Beijing and Shanghai.

There are now more than 200 cases in China, and health authorities have confirmed the illness can spread from person to person.

The Auckland man, who doesn't want to be named, said people shouldn't be too worried as long as they have good personal hygiene.

He said he was sending more of his products to help people in Wuhan.

"We do have high end facemasks and orders keep coming more and more as its China New Year time and it's very hard getting the logistics and last night I was sorting out the logistics and send a big shipment of the face masks to Wuhan."

Meanwhile, Australian border security officers are ramping up screening of passengers arriving from China, as the coronavirus spreads.

There are now more than 200 cases in China, and health authorities have confirmed the illness can spread from person to person.

Australia's medical officer of health Professor Brendan Murphy told ABC that border security would focus on the three flights a week that arrived in Sydney from Wuhan.

"Each of these flights will now be met by our ports security and biosecurity staff in New South Wales Health. They will be providing to all the passengers an information pamphlet in English and Mandarin," he said.