An engineer was due to inspect the Allied Press building in central Dunedin this morning after a large piece of masonry fell onto the footpath overnight. 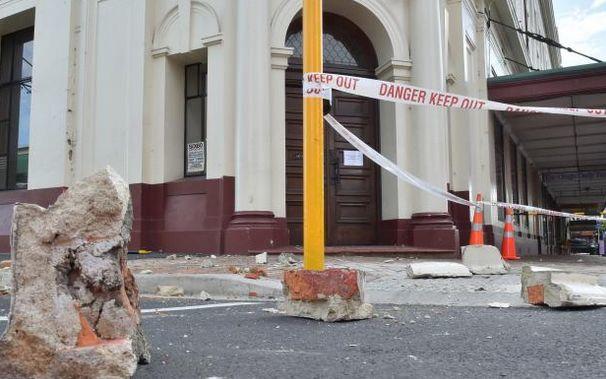 Nobody was injured during the incident.

Allied Press chief executive Grant McKenzie said an engineer had been called to inspect the site, and the Dunedin City Council would likely also inspect it.

The building was designed by architect Edmund Anscombe and constructed in 1928.

It is listed as a Category II Heritage Building.

The main entrance to the Allied Press building is closed and visitors are instead asked to enter via the door on Stuart St.