Passengers on board a bus that burst into flames outside the Wadestown shops in Wellington this morning have escaped injury. 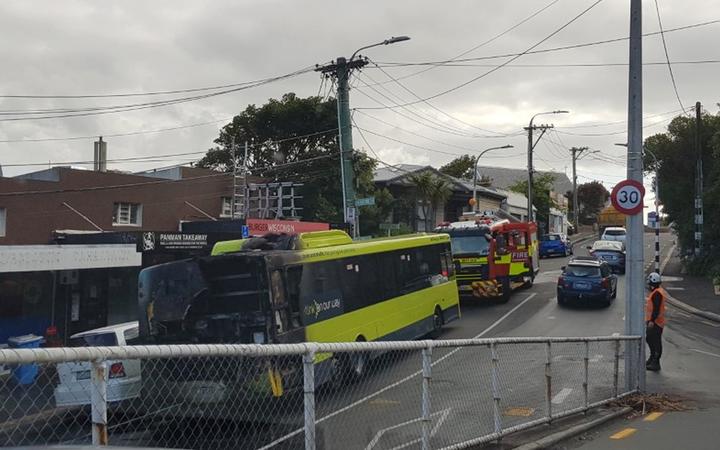 A Metlink spokesperson says the driver of the number 14 bus initially thought the fumes were from the exhaust but quickly realised it was smoke.

He said the driver managed to stop the bus at the intersection of Vautier Avenue and Cecil Road and evacuated all the passengers safely as the back of the bus burst into flames.

Emergency services were alerted just after 7am and arrived at the intersection of Vautier Avenue and Cecil Road.

The fire was extinguished by 9am but the back of the bus was left burnt and damaged.

"I understand there were approximately 12 people on board, and all were evacuated with no injuries," he said.

Pollock said the company NZ Bus, which operates the route, will do its own investigation alongside Fire and Emergency.

Metlink said the number 14 service was running to time again.