By Emma Perry for the Otago Daily Times

For the first time, people will be able to roll as well as run down the Dunedin Airport runway in an annual fundraiser. 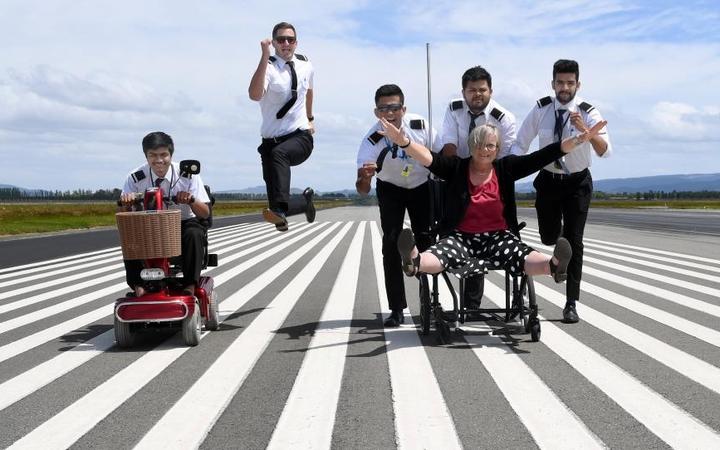 Set for take off at 6.15am on 2 February, competitors will be invited to traverse the length of the 1.9km runway and return at the Run the Runway event.

The event is open to all ages, with walkers, runners joined this year by users of mobility scooters, prams or buggies, and wheelchairs.

A digital clock will be present for the more competitive to record their times.

Limited to 500 people, the event is organised by the Rotary Club of Mosgiel and Taieri Community Facilities Trust, created to raise money for the Mosgiel Pool, which Dunedin City Council expects will go out for tender early this year.

Event co-ordinator Irene Mosley said she hoped those in Dunedin for the Masters Games would take the chance.

"This event is available nowhere else in New Zealand and is only offered in three places in the southern hemisphere," she said.

"You don't realise how big the runway is until you're out there.

"It's quite an amazing experience."

Mainland Air was offering a first prize of a free training flight, she said.

About 150 people attended last year, raising more than $4000 towards a new aquatic centre for Dunedin based in Mosgiel, she said.