Those who are blind or living with low vision now have easier access to books and articles with the implementation of the Marrakesh Treaty. 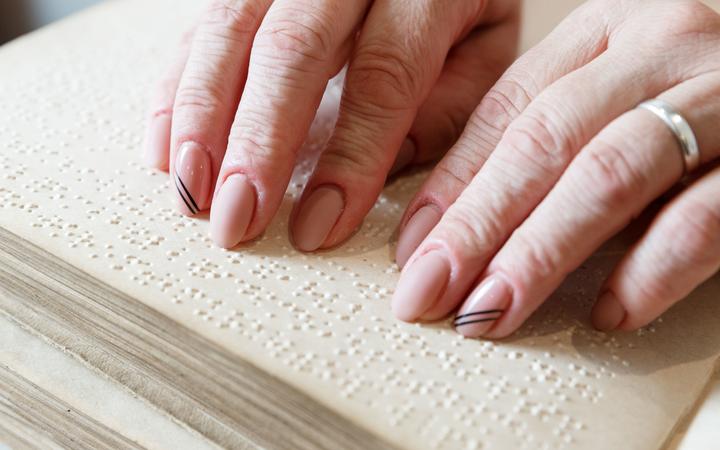 Almost 3000 schools and libraries are authorised to make copies of works so they can be converted into Braille for the visually impaired - raising concerns for authors and publishers. Photo: 123RF

The treaty came into effect on Saturday, two and a half years after the government first announced its decision to become a signatory.

It is estimated only 10 percent of the world's printed work is available in an accessible format, like Braille or audiobooks.

The Marrakesh Treaty, which 88 countries are signed up to, lets more people legally convert books into accessible formats, and allows all signatory countries to freely share copy.

Minister for Disability Issues Carmel Sepuloni said it was a game-changer.

"To think that only 10 percent of that written material worldwide is published in accessible formats and to think of the number of people that are cut out of accessing them is something many of us wouldn't have taken the time to even think about, but this will make a huge difference for them."

Mary Schnackenberg from the advocacy group Blind Citizens NZ agreed it would make life easier for many.

"Historically, we simply haven't been able to borrow from various countries. For example, the United States did not permit the exporting of materials unless the original print publisher had agreed to allow a particular organisation to export those materials.

"So there will potentially be a flood of titles coming onto the international market that blind people can access and this will impact most especially non-fiction and tertiary study information and secondary school materials." 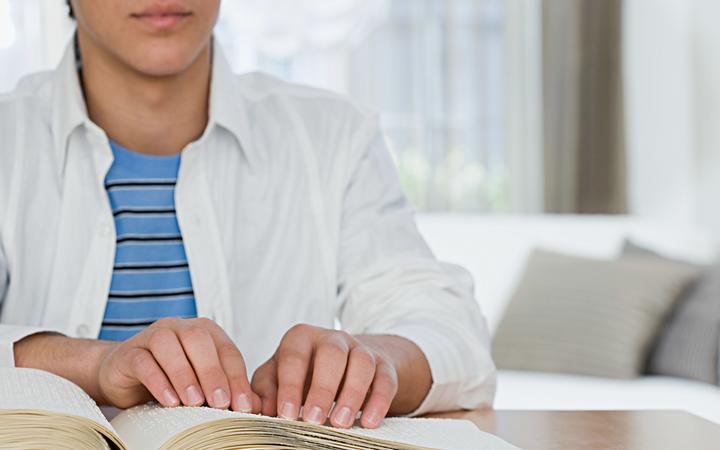 A greater access to material for the blind and visually impaired is expected to help students at schools and tertiary institutions. Photo: 123RF

Changes were made to the Copyright Act in order to implement the Treaty, which effectively loosen the rules around who can make copies, provided it was for someone with a print disability.

Every school and library - almost 3000 authorised entities - are now permitted to make copies under the law, a far cry from the six entities allowed previously.

But Schnackenberg said simply allowing more copies to be made was not a solution in itself.

Copyright Licensing New Zealand chief executive Paula Browning agrees with that, and said the number of entities allowed to copy work for free, was troubling.

She said without any formal guidelines to keep a track of copies made, or who they had gone to, an author's work would be easy to come by, without paying.

"Once a digital file is out in the world, then you've pretty much lost your market because people can find it for free anywhere and with no guidance being provided to the over 3000 organisations that will be able to access free work under this legislation, how you protect digital files, your obligations to make sure that the files are only provided to the people who are entitled to have them, there's no guidance from the government on that.

"And there's a significant concern that publishers and authors have about those files finding their way out into the internet, and then there will be no more market for that work. So authors won't be able to sell their books."

She said "born accessible" copy was the right way to go but authors and publishers needed help to do this, and wanted this to be a part of the changes made by the government.

"Do it in a way that invests in developing accessible born publishing in New Zealand, that means that everybody gets access to a work at the same time and technology enables that now. And help organisations who are working with people with different disabilities to understand what they can and can't do under the new legislation."

A Ministry of Business Innovation and Employment spokesperson said any copy distributed outside of the conditions set down in the Copyright Act would be a breach, and that the concerns held by publishers and authors were likely to be overstated.

It said given the high cost of turning copy into an accessible format it is likely that entities will choose to seek out one already on the market.