Authors and publishers fear a bill that makes it easier for disabled people to access their work will mean they won't end up getting paid for it. 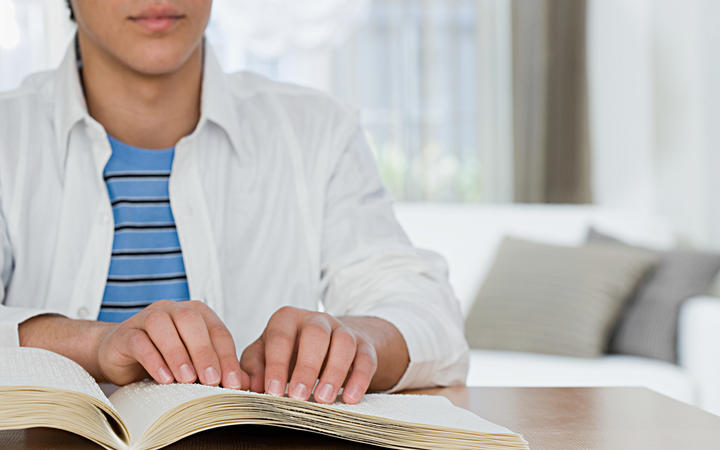 The Marrakesh Treaty, which New Zealand agreed to sign up to in 2017, would let more people import and convert books into Braille, large print or audio - giving people with a print disability quicker access to a wide variety of material.

Changes need to be made the existing Copyright Act in order to bring the treaty into effect.

An estimated 90 percent of all written work worldwide is not published in accessible formats.

Authors are not opposed to the treaty, but NZ Society of Authors chief executive Jenny Nagle said the proposed changes to the Act would allow more people to access writers' work for free.

"At the moment, we have six prescribed entities who [can convert work to an accessible format] and only two are active, this bill is talking about allowing every school and every library - almost 3000 - to reproduce and take PDFs of a book and share it.

Authors would not receive any payment for converted work and Ms Nagle said with so many organisations allowed to make copies it could easily end up online.

"Publishers and authors are really alarmed that once PDFs of their books and their content start pinging around schools and libraries that they won't be able to sell another copy.

"It'll be out there in the free marketplace, and their ability to earn from their work will have been completely hampered by this legislation."

The government estimates about 168,000 people have a print disability, but Ms Nagle said based on census data and New Zealand's ageing population it could be about a quarter of the population.

She said she was disappointed writers were expected to give away their work to that many people for free.

"We just can't think of any other example in the creative economy where that happens.

Authors are paid through sales of their books, appearances and through the Public Lending Right through public libraries, excluding e-books.

Authors do not receive any money for their converted books currently loaned through the Blind Foundation's library, which has just over half a million issues a year.

The society wants the current Public Lending Right to be expanded to include digital lending and the new lending which will happen under the Marrakesh Treaty.

Copyright Licensing New Zealand chief executive Paula Browning said authors did not want people to be denied access to their work, they just wanted fair payment for when it was used.

She said the quickest and easiest way for people with print disabilities to access work was for it to be already on the market and the government's focus should be on producing accessible copy at the start of the process - not scrambling to convert it later on.

"If there was support - not only for authors and publishers - but anybody who's publishing, websites, the government's own material - if all of that was published accessibly and there was investment to help people to get into accessible publishing then we wouldn't have to worry so much about what happened at the other end."

Another issue authors had was the Economic Development, Science and Innovation Select Committee's recommendation to scrap the commercial availability test.

This is a current requirement under the Copyright Act which means an entity must check with the publisher if there is an accessible copy already on the market before they make one.

Ms Nagle said if this requirement was removed there would be no incentive for publishers to produce accessible work.

"If publishers spend $5000 or $6000 printing 1000 books they'll spend another $500 or so producing an EPUB 3.0 [accessible format copy] and that is a commercial product so schools and libraries can buy it.

"So what this legislation is now saying is we will do away with the commercial availability test so there is no incentive for us to produce an EPUB 3.0 version."

Ms Browning said the changes sent the message that writers' work was not valued.

"In New Zealand a well-selling title sells about 1000 copies. So we're not talking about a large number of books and a large market for each author's work. So any amount of free access, that isn't compensated for back to the author will have a significant impact on the publishing ecosystem here."

However the Ministry for Business Innovation and Employment said these concerns were overstated and would be better ironed out without government intervention.

In a statement a spokesperson said it did not believe the increase in the number of organisations allowed to make copies would impact writers' incomes.

"Making or importing accessible format copies of works involves considerable cost and complexity. Consequently, officials consider that in practice only a small proportion of the organisations eligible to be authorised entities will be interested in making or importing accessible format copies under the exception in the Bill. Many of these are already doing so under current exceptions, such as libraries and educational institutions."

A Department of Internal Affairs spokesperson said it intended to review the Public Lending Right and would focus on understanding how the scheme contributed to sustainable careers for authors.