The Department of Conservation says there's still no sign of a pod of whales which were refloated at a North Coromandel beach. 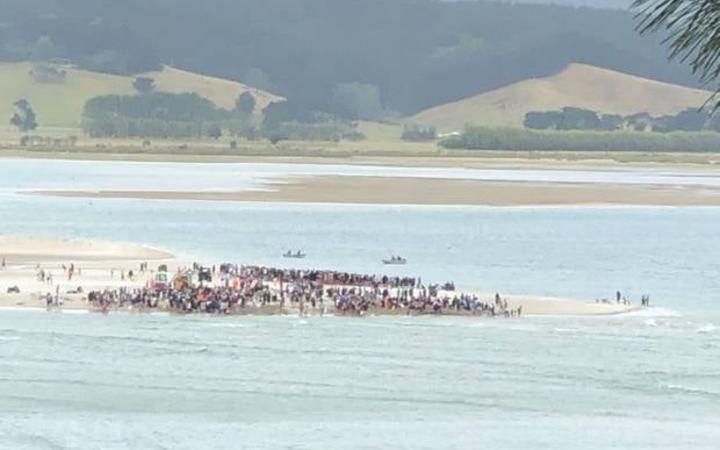 Around a thousand residents and holidaymakers helped Project Jonah and DOC specialists during the whale stranding at Matarangi Beach. Photo: Supplied / Project Jonah

Around 1000 people at Matarangi Beach helped save the pilot whales yesterday.

Four died and were buried above the high tide mark, but the remaining seven were refloated.

Boats herded the pilot whales out of an estuary towards the open sea.

DOC asked people to keep an eye out for the refloated whales.

A spokesperson said the pod is yet to be seen, which is good news and it's unlikely the whales will re-strand. 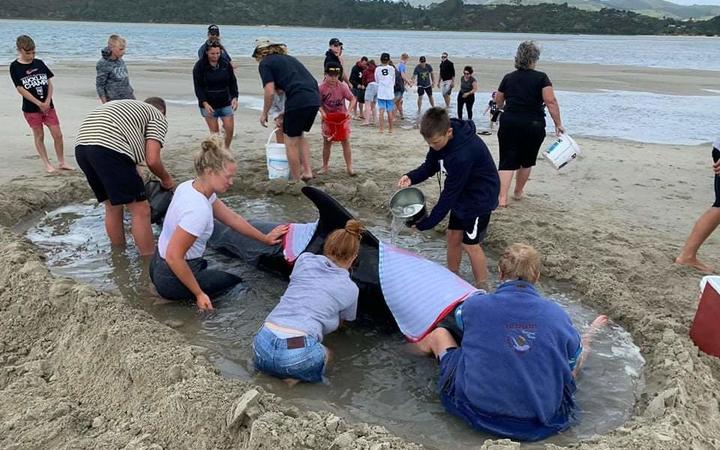 DOC believes it is unlikely the whales will re-strand after being helped out to sea yesterday. Photo: Twitter / Project Jonah