A Wellington mural artist is outraged photos of her work have appeared in a calendar without permission. 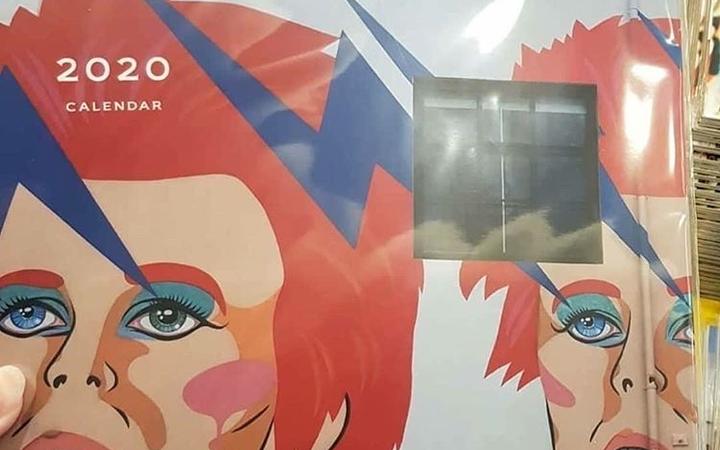 Wellington mural artist Xoë Hall is outraged photos of her work have appeared in a calendar without permission. Photo: Supplied

Whitcoulls is selling a Wellington Street Art calendar, which features a mural of David Bowie on the front, painted by artist Xoë Hall.

The mural was commissioned by Jam Hairdressing and is on the side of the building on Ghuznee Street.

Hall said this was not the first time it had happened, with Air New Zealand using the mural as an advert for cheap flights to Wellington a few months ago - again with no credit or permission.

"My friend sent me a photo when they were in Whitcoulls and they sent me a photo of a Wellington Street Art calendar. It had a picture of the David Bowie mural on the front and then throughout the whole calendar, there's lots of pictures of Wellington street art.

"My heart just dropped a little bit because this actually happens all the time."

Hall said she was used to finding her work on post cards, or T-shirts without permission or a credit.

She took to Instagram, venting about how it was morally wrong and frustrating to see her work getting "exposure", but it was actually just other people making money off it without even bothering to ask.

Hall said she was exhausted from having to email people, asking for at least a mention, if they even replied.

"We need to be really clear on what our rights are as artists and we do create street art in good faith that the people will you know, interact with it and take a selfie and use it as inspiration but not go off and rip us off for commercial gain." 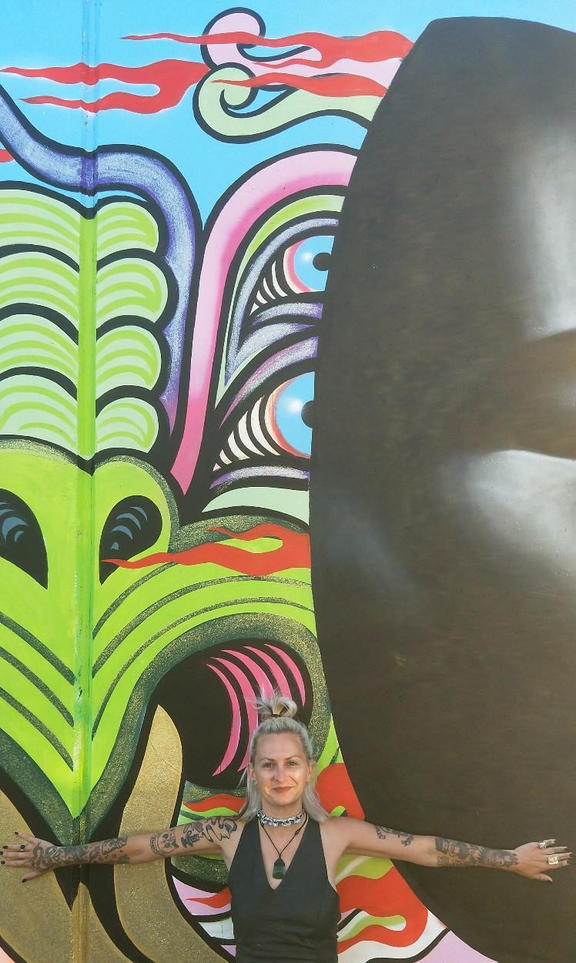 Xoë Hall stands in front of an example of her street art. Photo: Supplied/ Xoë Hall

After speaking with an expert, and seeking advice Hall said she was surprised to find out 2D street art was actually protected under copyright law, either to the artist or whoever commissioned the work.

She said she was inspired now, rather than exhausted, because other artists had shown heaps of support.

They wanted to join in and start the conversation around ways to positively interact with artists and give them exposure, she said.

A friend of hers has had their mural used as the background of a poster promoting a city, with no recognition or permission. Hall said it was easy to be more respectful about using it.

"Why couldn't you just commission him to make you a poster, or ask him if it was okay to do that?

"We aren't even asked and then these companies, like the calendar are making money."

To protect themselves, she suggested artists have a contract for every wall they paint, stating who owns the copyright, and to include that in the mural with the artist's name.

Hall said it was really easy to do right by artists.

"People just need to look at the wall and see who painted it.

"Don't even think about using it for commercial gain, if you aren't going to talk to us first."

RNZ has approached the distributor of the calendar for comment.