A creative solution to a common digital problem

More than a billion original works are now available to anyone to use thanks to Creative Commons, a global movement dedicated to legal online sharing. Mediawatch asks its global leader: is this boosting the media - or undermining them? 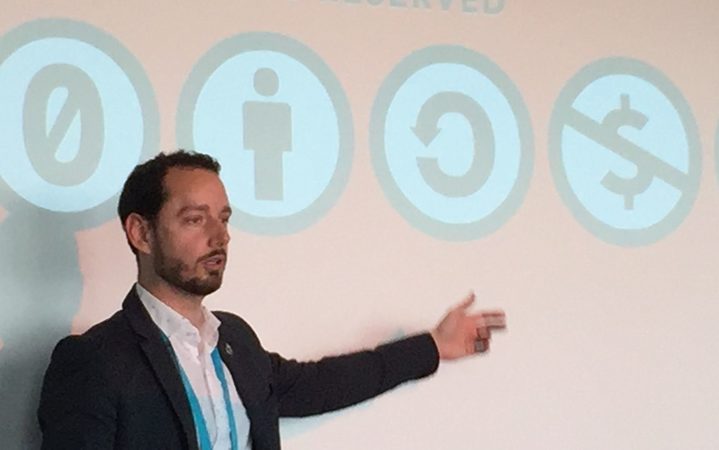 There are sharp differences on what’s fair in the online era, now that copying and sharing original work is so simple.

Content creators reckon they're being ripped off while the online operators who make it possible are making megabucks. Internet users and freedom of information campaigners insist the old rules are unrealistic for today - let alone tomorrow.

One reason a new copyright law is overdue here is the Trans Pacific Partnership. A review was effectively on hold until it was clear what would be in any agreement signed off by New Zealand.

The one which was torpedoed by Trump last year sought to extend copyright so rich royalties and lucrative licenses for copyright holders would last two decades longer. The TPP’s chapter on intellectual property would have made it illegal to access geoblocked movies, games and electronic books online.

But in the new TPP agreed last week, these provisions are “suspended” which means they will probably be excluded from future negotiations.

“The suspension of the IP section of TPP is a huge win for the public, delivered in large part because of activists around the world who opposed the secret agreement. They exposed the terms and ensured there was public debate,” said Ryan Merkley, CEO of Creative Commons.

Creative Commons is a non-profit organisation devoted to expanding the range of digital content online without breaking the law or infringing copyright. It was founded by American lawyer and political activist Lawrence Lessig back in 2001, and its New Zealand chapter has just celebrated 10 years. 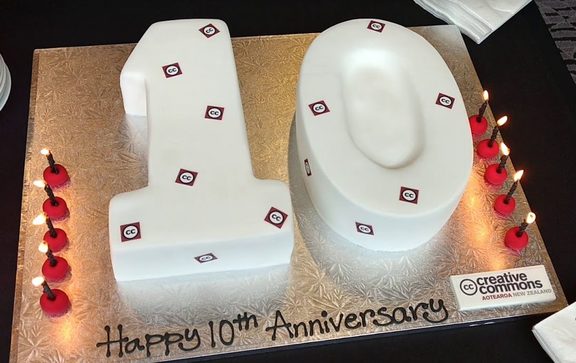 "It wasn't always the case the copyright was automatic. It used to be something you had to register. The laws we have today don't reflect the way we behave every day now we have smartphones, the cloud and networked computers," said Ryan Merkley.

How does a CC licence work?

Normally when you create anything, it's automatically protected by copyright. Anyone else needs your permission to use it and must negotiate how much to pay for that. You can override that by choosing an alternative Creative Commons licence.

A CC-licensed work can be used or shared immediately if the user abides by conditions that you set. That may be as little as proper attribution, but more restrictive licenses may stop users from altering the work when they use it or using it for commercial purposes.

But generally, you give up the right to profit directly and the specified content is added to the public commons for all time.

The publicly-funded online portal NZ On Screen uses CC-licences to host clips of old local TV shows, films and adverts on its website.  The GNS Science website GeoNet uses them so anyone online can copy and share its material. 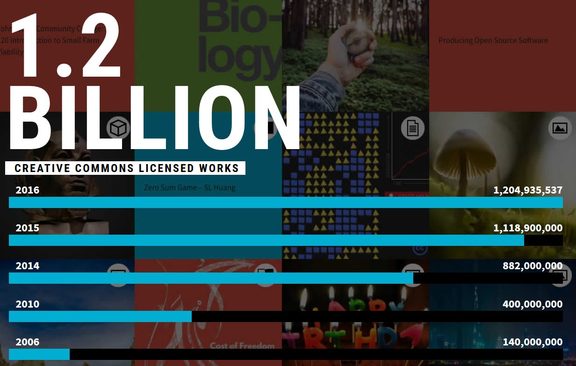 How the number of items available under CC licences has grown in 10 years. Photo: supplied

This works for internet users and outfits that don't need to turn a profit, but does undercutting copyright also undermine commercial media organisations which need to earn from their work in the digital age? It must be galling for professional photographers and videographers that hundreds of millions of images are available to the media for free on sharing sites like Flickr.

"Just because I paint in my basement it doesn't mean any other artist loses a job," he insisted.

Flickr is owned by internet giant Yahoo, but is only a tiny part of its business. What happens if Yahoo shuts it down or sells it off? 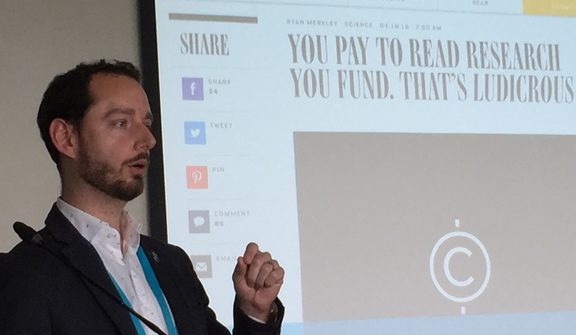 "If Flickr vanished tomorrow, individuals and organisations would archive [the images] and re-share them because the CC licences are irrevocable and perpetual. The commons would perpetuate the 600 million images with CC licences, and I suspect everything else would be gone forever," said Ryan Merkley.

Ryan Merkley also wants to unlock scientific research he says is co-opted by private publishing companies. He made his feelings clear in a critical Wired magazine article last year: You Pay to Read Research You Fund. That's Ludicrous.

"If the system of academic publishing we have today was proposed today it would be scandalous. The publishers take the copyrights and sell them for huge fees to libraries and to individuals. The knowledge we create and pay for should be available to all of us," he said.

"We live in a society in which we share all day long. We don't have a system in place that reacts to that," he said.