A Tasman man whose car and precious possessions were stolen while he was at his father's funeral says he's ecstatic to have them all back untouched - and with a note of apology. 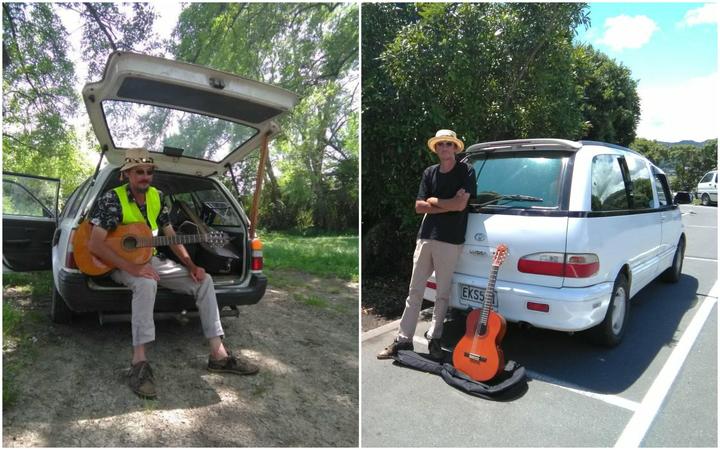 Matthew Hadfield's car containing decades worth of treasured sheet music and the guitar he's had since he was 18 was stolen near Nelson airport earlier this month.

The orchard worker had flown to Auckland for the funeral and when he returned to Nelson days later his car and precious items were gone.

But he got a call from police days later saying the vehicle had turned up at the airport carpark with all the contents in place and a note saying "sorry for the inconvenience".

"I'm very, very happy to have all my stuff back," Hadfield said.

"It's bittersweet, it's disappointing to have this happen at Christmas time, but the people who took the car possibly needed it for a reason greater than mine.

"At the end of the day, the door of karma swings both ways."

He said he was especially happy to get back all his hand-written sheet music - a collection of covers and originals he has built up over decades.

"It's the only thing I cared about - you can buy cars, you can buy guitars, but you cannot replace 30 years of sheet music."

Hadfield said when the thieves returned the car they dropped it inside the airport barrier - where it was now costing $8 a day to park.

He said he was still working out what to do with the replacement car he bought.

"There's only one of me, you can't drive two cars at once, and I've got two guitars, and I'm pretty good at guitar but you can't play two guitars at once."

He said anyone in the market for an old diesel Toyota Corolla should get in touch.