For Christmas Day 2019, Karoline Tuckey takes a look at how some of our communities of belief will be celebrating today, and during the holiday season. 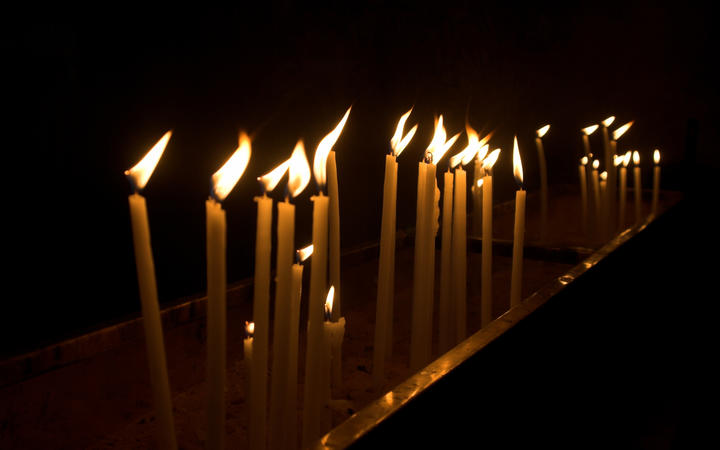 From a fresh crayfish for lunch, an acoustic guitar singalong under the sun, elf on the shelf, or the first Christmas present at midnight, every household on every block has their own selection of favourite Christmas traditions.

Last year's census was the first time more New Zealanders said they had "no religion", than those who identified as Christian, showing the continual changing nature of our beliefs and customs.

Here's some of the responses we received to the question 'what's the holiday season and Christmas Day about for you?'

The skeptics' take on Christmas

Craig Shearer, chair of the New Zealand Skeptics, says most skeptics and atheists still take part in Christmas festivites, despite it being a religious celebration.

Skeptics promote a philosophy of scientific and critical thinking, and encourage everyone to examine the reasons behind their beliefs, he said. He enjoys the social traditions of the holiday.

Shearer said although there is room for doubt, most historians agree the Christian Jesus was likely a real person - but whether he performed miracles and was resurrected from death is another matter.

"I think that's always really interesting - to look into that history, and see some of the thoughts and parallels with other myths that have come up through the ages, and see how they connect together and give us what we have today.

"It's pretty interesting to go and look up why Christmas is actually at the time that it is, and the relevance of that concerning Roman history - how they had a festival called Saturnalia."

He said many skeptics share Christmas celebrations with family members who do have religious beliefs. But in the spirit of skepticism he urges everyone to rethink the materialism surrounding Christmas.

"Often people are going into debt and regretting it months afterwards, but also it then ties into climate change and this whole thing about continuing to expand the economy, and needing to spend more and more money all the time."

The experiences of Christmas are often what we value much more valuable than the material things, he said.

What is Christmas to the Christians?

Many Christians attend church services on Christmas Day, to mark the birth of Jesus - the central figure of their faith.

Christianity is New Zealand's largest religion, and more than a million people identified with the five most popular Christian choices in the 2018 census.

Dame Lyndsay Freer, a Catholic from the Auckland diocese, says Christmas Day traditionally begins with a special midnight mass. But many families now go to an evening mass for children the night before.

"For us, Jesus is the most significant human being who ever lived - who is not only man born into the human race, but also God, who came on earth to give us the message that Christians have followed for 2000 years.

"Everybody loves a baby - and the birth of every baby is very special, and of course the birth of Jesus - for us the most special baby ever, is a time of great celebration."

Dame Freer said Christians are happy to share their celebration day with the rest of New Zealand.

"It's lovely that other people who are not Christians celebrate the day as well. They may not understand the meaning, but for them it's a celebration of family, and really that's at the essence of what Christmas is about." 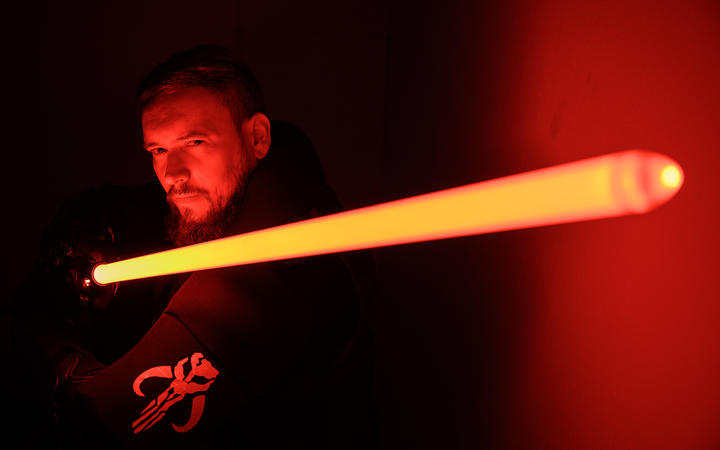 The path to the light - the Jedi church

In the 2018 census more than 20,000 people nominated Jedi as their religious affiliation.

Jedi tend to join in the customs and traditions of the countries they are from, says Anthony Bremner, the Chief Jedi of the Council, of New Zealand's Jedi Society.

"Christmas is a celebration, we go to visit family or hang out with friends, it's very normal."

Jedi-themed Christmas decorations make an appearance in some households.

"I've got a couple of Jedi lights, which are quite cool. Typically it's sparkly frizzly things round the roof."

Bremner said Jedi don't meet together for organised activites, but follow their own direction toward compassion, selflessness and calm.

Many associate the holiday season with the Northern Hemisphere solstice on 22 December - when days begin to get longer - and Christmas Day celebrations three days later are a time for Jedi to remember their adherence to the path of the light, he said. 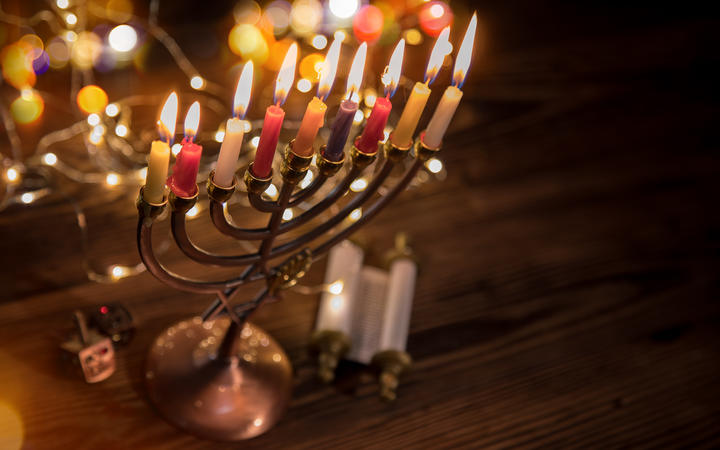 But this year Hanukkah, the eight day Festival of Light, falls at Christmas time - starting on 22 December and ending on 30 December.

Juliet Moses of the New Zealand Jewish Council said a candle is lit each night during the festival to celebrate the Jews' successful war against the Greeks to practice their religion freely, and the re-dedication of their temple more than 2000 years ago.

"There's singing of songs, we eat festival food that tends to be fried - things like donuts and latkes - some people give presents, sometimes they'll give a small present to their child each night for those eight nights.

"Another thing you often do is give is chocolate coins for some reason, so [as a child] you'd look forward to getting the chocolate coins and eating the other yummy food."

"We look forward to the summer holidays like all Kiwis, but [growing up] I obviously always knew Christmas Day was a bit different for me, but it never really bothered me. I've always grown up known things were a bit different, and that there were different pros and cons."

Many Jewish families have barbecues or visit the beach on Christmas Day, and many enjoy taking part in Christmas meals held by non-Jewish friends, she said.