Supermarket workers at either end of the South Island are taking limited industrial action today over failed bargaining talks. 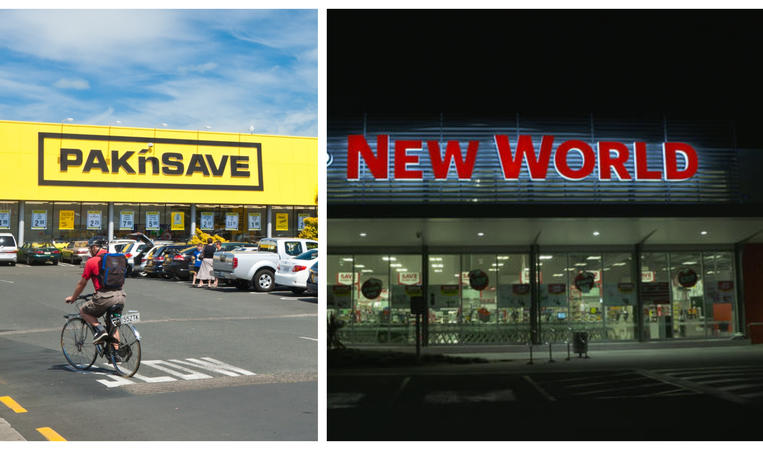 First Union says members at Pak'nSave supermarket in Richmond, near Nelson, and at New World City Centre in Dunedin are protesting the lack of meaningful bargaining. Photo: RNZ

First Union says members at Pak'nSave supermarket in Richmond, near Nelson, and at New World City Centre in Dunedin are protesting the lack of meaningful bargaining with the two Foodstuffs supermarkets.

They said union members working today would be wearing stickers stating they deserved the living wage.

The union's regional secretary, Paul Watson, said they had waited more than three years to settle new collective agreements. He said the Dunedin New World store had changed ownership in that time, but nothing had changed in terms of how workers were being treated.

"Consumers also need to start questioning why these store owners charge the same prices for supermarket products as in the North Island when South Island workers are paid so much less," Watson said.

"For example, First Union recently settled collective agreements with five Pak'nSave stores in the North Island, offering average starting rates of above $19.50 per hour, with consistent rises to well above $21 by 2021.

"In contrast, Richmond Pak'nSave is offering a printed rate of 0.05 cents above the minimum wage of $17.70, and Dunedin New World is offering much the same, but with some possibility of earning up to 0.50 cents an hour extra, but only if performance standards are high enough."

He said the difference between the situations was that not only were the South Island workers disadvantaged, but so were customers.

"Comparisons between North and South Islands stores show the same prices for food, but that doesn't translate to the same wages for the workers - South Island Foodstuffs supermarkets are taking a greater margin because their wage costs are lower and profits higher."

Watson was encouraging customers of the stores to support the workers by raising their concerns with management.

Antoinette Laird of Foodstuffs New Zealand said the store owners supported their employees' rights to express their opinions, and had no further comment.