An Australian-based team of hail damage repairers has set up a base in Timaru to fix cars damaged in a recent hailstorm. 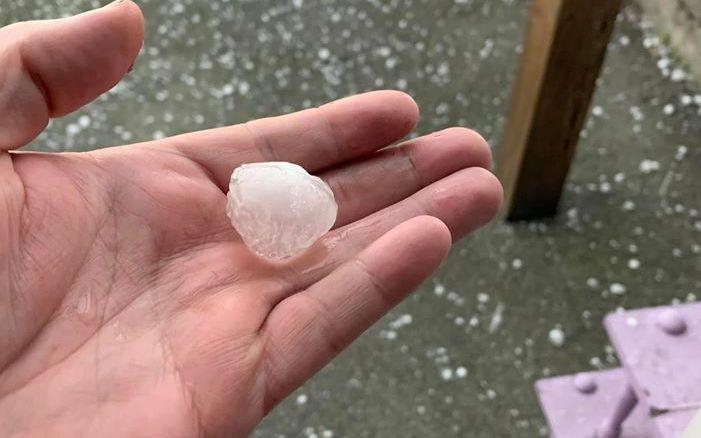 Thousands of vehicles were hit in the November storm, which brought golf-ball sized hail.

Queensland-based company Hail Response Team flew out to Timaru about two weeks ago. Its managing director, John Ashton, said the company chased hailstorms all over the world and had set up a temporary shop in Timaru.

He said the company was helping insurers, panel beaters and individuals, and expected to repair thousands of damaged cars.

AA Insurance said the number of claims was the largest it had ever dealt with for car insurance, with about 1000 claims so far.

"New Zealand and certain places like Timaru don't really get hailstorms too often. So once we heard and seen what was going on, we kind of put one and two together like it didn't quite sound like it was going the way that Australia handled it," Ashton said.

However, this was his first time in New Zealand.

Ashton said as most of HRT's staff were Australian, they used the special category visa to work in New Zealand, but workers from other countries were on temporary work visas.

The national body representing panel beaters said it was not unusual to bring in overseas workers for hail damage, as local businesses could be under pressure.

Collision Repair Association general manager Neil Pritchard said New Zealand did not have the kind of resources to be able to repair all those vehicles in a timely fashion, because such hailstorms were so infrequent.

"When these sorts of events occur anywhere in the world, here are specialised teams of hail repairers, they are kind of a bit like storm chasers if you will, that tend to follow these events," he said.