'OK Boomer' - a phrase used by Millennials, which some of the older generation is offended by, has just taken top spot in Word of the Year for 2019. 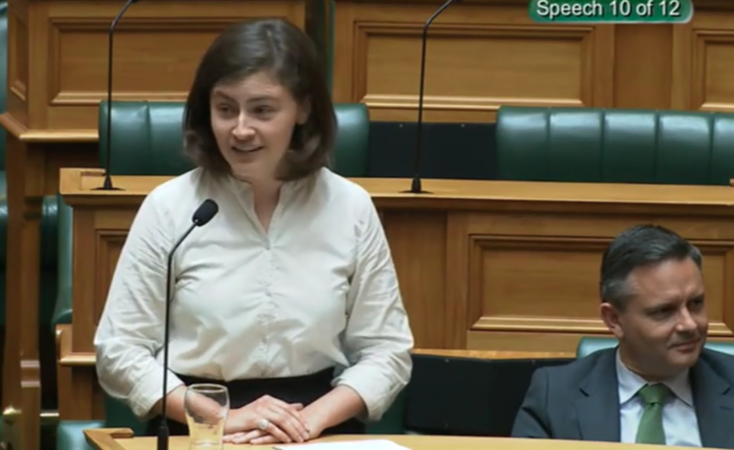 A wave of injured feelings among New Zealanders over 55 followed after 'OK Boomer' came onto the scene.

It was one of the top five words for the year selected by Public Address readers.

"I do find the sense of hurt expressed a little bit. I guess I can say that because I'm 57.

"A boomer is not defined by age, but by attitude."

While Millennials were usually called 'snowflakes', he said in the "culture of taking offence I think the elders have really come back into it this year".

"Supposedly it was all the Millennials who were perpetually offended by things but I think we've seen with 'Ok Boomer' that their elders are quite capable of taking exaggerated offence themselves."

He said he was "terribly sorry this has happened and I just hope the system can cope with what's coming as a result".

"I mean, you saw what happened after Chloe Swarbrick dropped an 'OK Boomer' in Parliament - it was carnage. There were feelings, injuries recorded on the other side of the world!" he said.

Chloe Swarbrick, a New Zealand lawmaker, responded to an older colleague heckling her in parliament with ‘OK, Boomer’ https://t.co/eexcpFgmLH pic.twitter.com/heCYiT6dAn

"I implore those affected to please just stay in the house you own until someone can get to you - if there's more than one, try and pick the one that renters aren't living in. Please also be aware that if you run out of food there's an 0800 number you can call and there'll be someone on the line to explain to you what Uber Eats is."

He said Ihumātao - another word on the list - was in the headlines a few months ago and that "struck some sort of chord".

"Online it had a life of its own, people just picked it up. I don't think there's any denying that that word had a resonance."

As for Reeferendum, Brown said it would stick around for a while.

And Climate Emergency was the "least musical phrase on the whole list but possibly the most important".