A Hawke's Bay businessman is lighting up the lives of sick kids this Christmas by decking out the children's ward at Hawke's Bay Hospital with thousands of decorations. 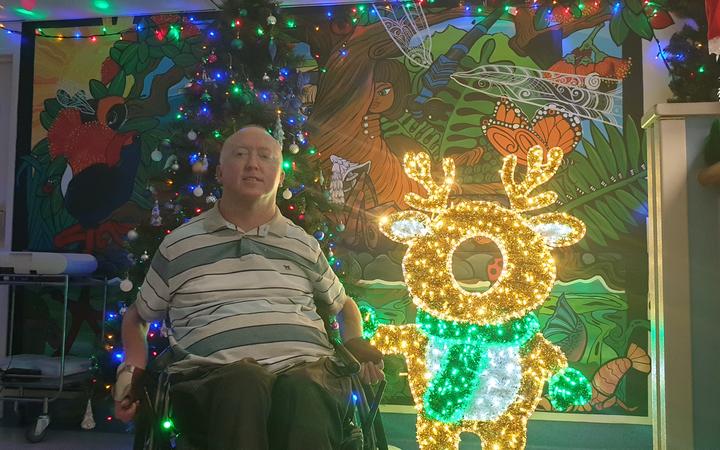 Mark Williams and some of the lights he decked out the children's ward at Hawke's Bay Hospital with. Photo: RNZ / Anusha Bradley

Flexilight owner Mark Williams came up with the idea after a "close call" with a stomach ulcer that put him in hospital earlier this year.

"The hospital is a great place when you're sick, but sometimes the place is a bit mundane."

During his stay he noticed the children's ward had a single string of lights down a corridor.

"And I thought it would be great to try and light it up."

Half a kilometre of fairy lights, 15 decorated trees, arches and lasers now adorn the children's ward thanks to Mr Williamson.

The end result was "just gorgeous" and had lifted the spirits of patients, their whanau and staff, paediatric nurse clinical leader Di O'Conner said.

And it wasn't just the children enjoying the lights. 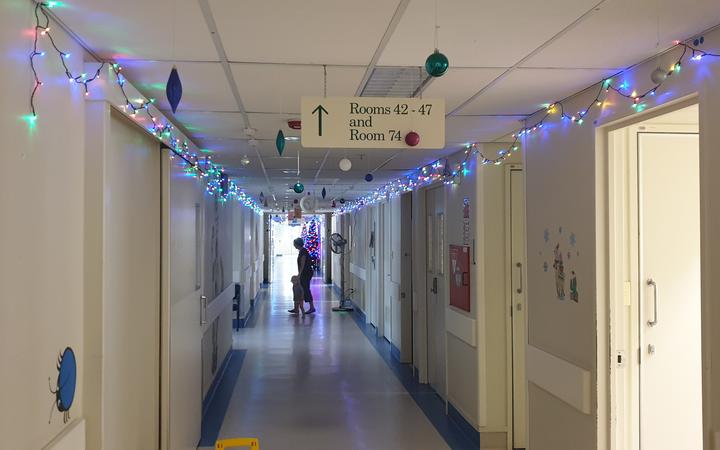 "The nurses have all had their photo taken with the reindeer and had a lot of fun," Mrs O'Conner said.

Pani Martin, whose daughter Aaliyah was a regular inpatient due to a chronic lung condition, said the decorations had been a welcome distraction.

"We come in every three months for two weeks so here is like a second home to us."

Aaliyah, who helped decorate the ward, said it was a "fun" experience.

It was not just the children's ward Mr Williams was lighting up. His Napier home was a well known attraction in The Bay each Christmas.

He loved Christmas and had seven decorated trees this year, he said.

He did it because it brings people so much joy, he said.

"Everyone who sees the lights, they're smiling, everyone is just happy."