Thick smoke from a blaze on Te Pane-o-Mataaho/Māngere Mountain in South Auckland travelled kilometres from the scene, firefighters and residents say.

The blaze on Te Pane-o-Mataaho/Māngere Mountain started just before 2am and covered an area of 1.6 hectares.

It burnt the grass across half the volcanic crater and beyond the rim on one side.

It took about three hours to bring under control. Five fire trucks were at the site. 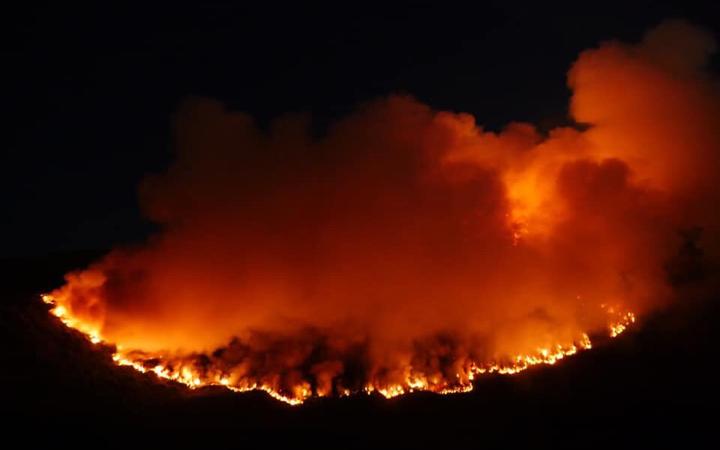 The fire started just before 2am and took about three hours to bring under control. Photo: Twitter/@lupehepalasi

A helicopter with a monsoon bucket was called in at first light and dropped water on the rim of the crater, which firefighters couldn't reach on foot.

The terrain was steep and uneven but the light winds meant it spread quite slowly.

Delfos said the fire was under control but crews would remain at the scene.

Residents reported the smoke being so strong that it penetrated double glazing and woke them up 6km away. 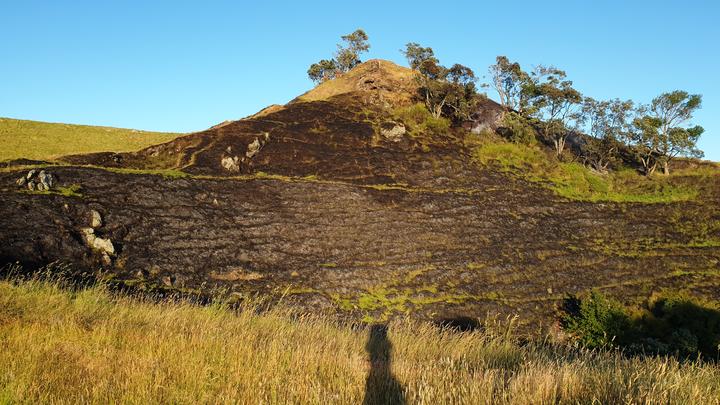 The blaze had covered an area of 1.6ha. Photo: RNZ / Gill Bonnett

Police had advised people to avoid the area.

They said there was no immediate threat to the public but there was concern over thick smoke in the area and people should stay indoors and shut their doors and windows. 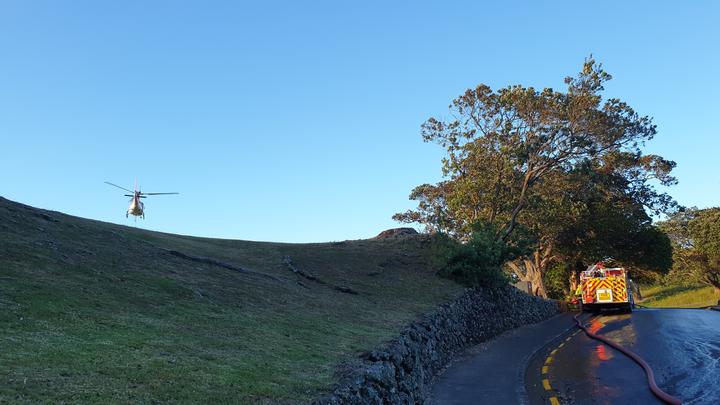 A helicopter was brought in to drop water on the site. Photo: RNZ / Gill Bonnett