Five people are dead, 18 have been rescued and potentially two dozen people are unaccounted for on Whakaari / White Island, after it erupted on Monday. Here's what you need to know. 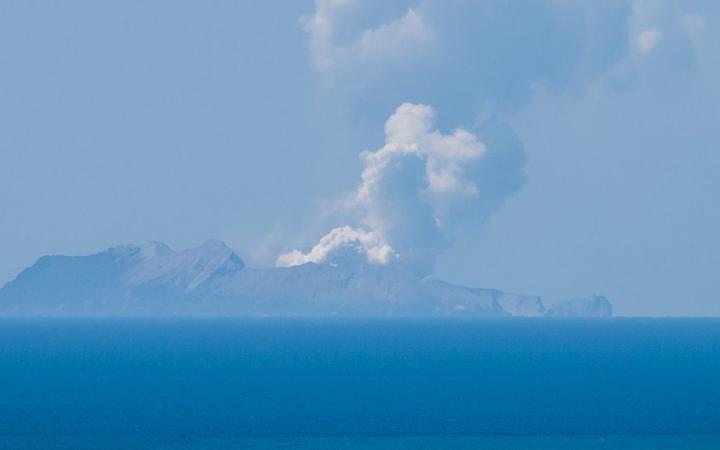 Prime Minister Jacinda Ardern said there were a number of tourists on or around the island at the time of the explosion including New Zealanders and people from overseas.

Police National Operation Commander Deputy Commissioner John Tims said earlier this evening there had been one death and there were likely to be more. At 9pm, it was announced five people had died.

St John Ambulance says of those who were rescued, burns were the main injury.

A number of injured people have been transported to Whakatāne Hospital and Middlemore Hospital.

There's a search and rescue underway, but police can't access the island - it's too dangerous to do so.

Mr Tims says police are taking expert advice on how to get a search and rescue team onto the island as soon as possible.

There is no communication with anyone still on the island, he says.

GNS said the eruption was a short-lived event that generated an ash plume around about 3.66km above the vent.

GNS Science duty volcanologist Geoff Kilgour: "Ash fall appears to be confined to the island, although there may be a small amount reaching East Cape in the coming hours."

The initial eruption lasted a few minutes, he said.

GNS Science's Dr Ken Gledhill said: "On the scheme of things for volcanic eruptions, it's not large, but if you are close to that it is not good".

Usually, what happens is the eruption will be followed by a period of quiescence, and it looks like it has quietened down, but they cannot be certain there won't be another eruption in the next 24 hours, he said.

NZ Civil Defence has warned the immediate vicinity is dangerous.

People living in or near the area have been warned to beware ashfall, closing all windows and doors and wear a dust mask or handkerchief.

Civil Defence emergency management director Sarah Stuart-Black said: "We do not expect this event to have any significant impacts for people on the North Island at this time. If the situation changes we will communicate this.

"GNS science have advised that the ashfall appears to be confined to the island and they do not expect more than a minor amount of ash to reach East Cape in the coming hours."

A no-fly zone has been established.