Fire investigators will this morning return to the site of a fire that has destroyed a large warehouse in South Auckland. 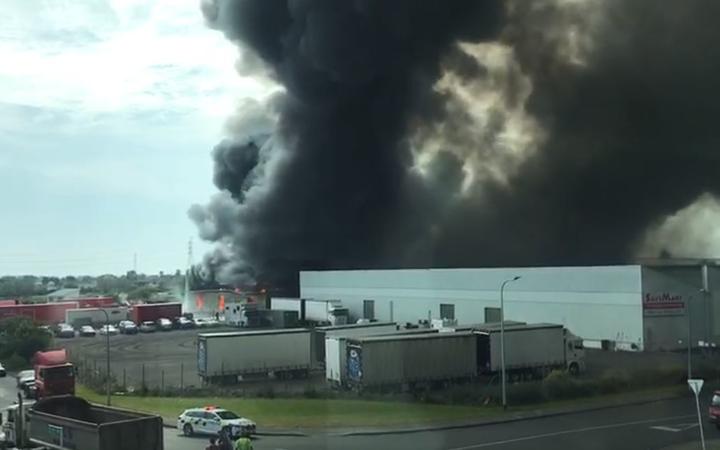 Eighty firefighters were involved yesterday, and managed to stop the fire at freight company United Movers spreading to any nearby buildings.

No one was injured. Firefighters say the building collapsed inwards as it burnt, sending plumes of black acrid smoke over Takanini.

Fire and Emergency's assistant area commander John Booth says with little obstruction they were able to directly attack the flames and put it out quickly.

"The building frame has collapsed, the roof has burnt away. The building won't stand up, there's no concrete walls or anything like that - it's all light construction, so the building literally collapsed as it burnt."

The warehouse had asbestos in the roof, but Mr Booth doesn't think the hazardous material would have travelled far, and not outside the cordoned area.

The owner was expected to bring in diggers to help turn over hot debris, so as to help firefighters put small flames out.

Staff who were inside when the fire started are expected to be able to assist investigators in working out what caused it.