In a happy ending straight out of homeward bound, Flint, a conservation dog who spent 36 hours alone, muzzled and stranded on a sub-Antarctic island, has been reunited with his owner. 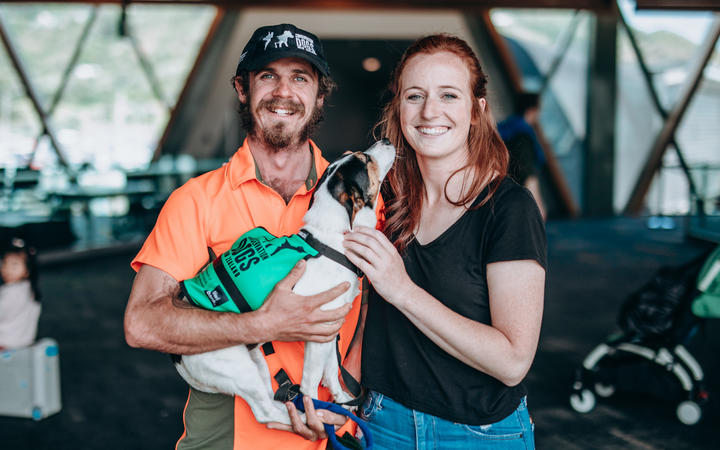 The small jack russell fox terrier cross was preparing to leave Campbell Island a week ago when he was spooked by some sea lions and bolted.

What followed was a 36-hour wait and a rescue effort that captured the attention of the international media.

Flint's owner, Richard Johnston, wasn't surprised by the throngs of waiting media when he arrived in Wellington this afternoon.

A week ago, the pair were hunting out rats and mice on Campbell Island.

Mr Johnston said the day started like any other.

They had walked into a new harbour that, unbeknown to them, was full of sea lions, who are territorial at this time of year.

The pair got separated when one launched at them.

With his dog gone, the search began, but with bad with a closing and then a mechanical issue with vessel they were on, the HMNZS Canterbury, they had to make the heartbreaking decision to leave Flint behind. 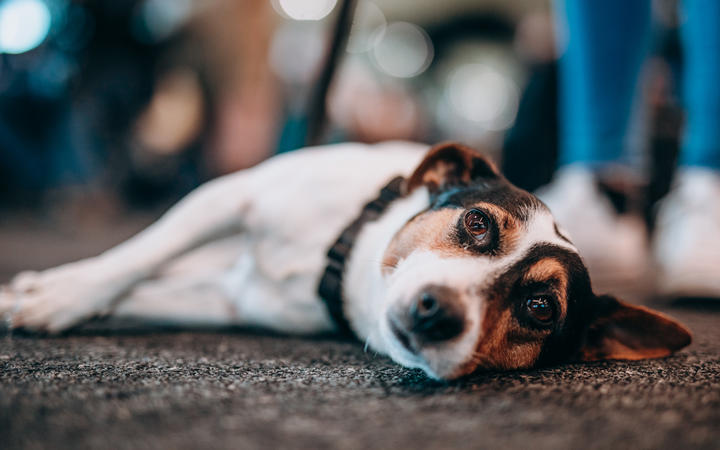 Aboard the boat, Mr Johnston began hounding the crew who were already making plans to try and find the dog.

He says he never gave up hope and told searchers the first place to look was a cove where they had based themselves.

It was a full six hour hike from where Flint was last seen.

Sure enough, when a helicopter crew flew the six hours across the Southern Ocean from Dunedin on Friday, they found him sitting on the veranda.

Mr Johnston was still aboard the HMNZS Canterbury when the good news came through.

"There was just a huge cheer on the boat, the whole morale of the ship was lifted once once the word came in, because he made quite an impression on way down," Mr Johnston

"He's a quite a personality ... everyone kind of took a shine to him."

Mr Johnston and his partner Elizabeth McDonald, are glad to have the pooch home.

She said since he had arrived back on Monday, Flint had been dining on his favourite meal of mince and sleeping on his owners' bed.

"I gave him a bath, he was real dirty. He just was super happy, running around the house rolling on the carpet ... but he has been looking out the window a lot. So I think he's been wondering where Richard is."

But it's back to work for Flint now, patrolling conservation estate around Wellington.