A conservation dog has been rescued after spending 36 hours alone and muzzled on a subantarctic island. 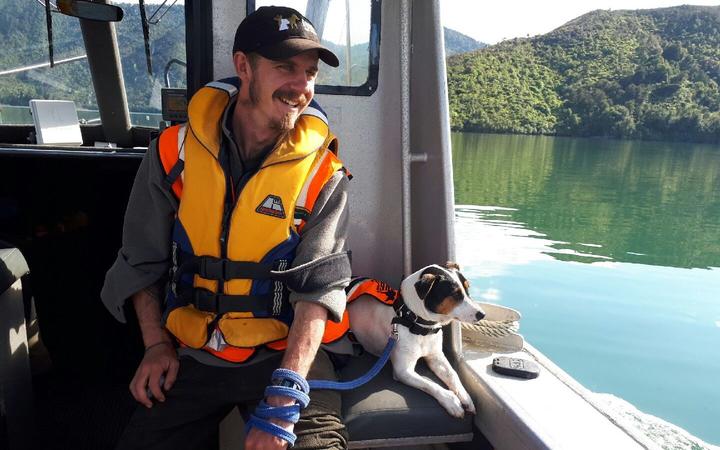 As a group of DOC staff made their way back to HMNZS Canterbury on Wednesday, they were charged by a sea lion and Flint, a rodent detection dog, bolted.

Flint was unable to be found despite a ground search and the assistance of the New Zealand Defence Force helicopters equipped with thermal imaging.

The crew made left the island at 11pm Wednesday due to impending bad weather and a mechanical issue with Canterbury.

"While it was heart-breaking, the safety of all those aboard, which included DOC staff, along with personnel from Metservice, the Navy, Royal New Zealand Air Force, NZ Army, and the Defence Technology Agency... needed to be the first priority," he said.

Instead the decision to launch a rescue effort from New Zealand was made.

A helicopter made the 660 kilometre journey from Dunedin across the Southern Ocean early today.

"Due to the time sensitive nature of this rescue - with Flint wearing a muzzle and therefore unable to feed himself, we were working against the clock," Mr Slater said.

Fortunately Flint had made his way across the island to the base at Beeman Cove and was waiting for his rescuers when they arrived at 11am.

"As far as we are concerned Flint is a team member and so we wanted to make sure we did everything we could to try and find him and bring him home," Mr Slater said.

Flint will arrive back in Dunedin this evening and be reunited with his relieved handler, Richard Johnston, in a couple of days.