Normal water pressure is being returned to a central Auckland suburb where a water main burst on Monday. 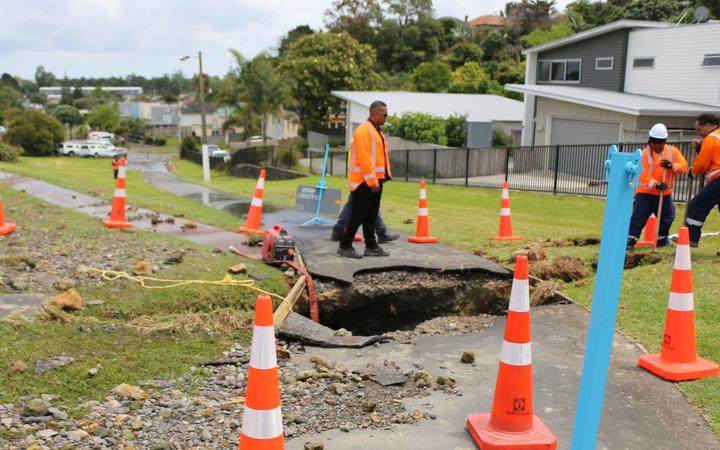 The water main, which services much of western central Auckland between the CBD and Western Springs, burst early Monday morning, blowing a hole in a walking track, and spewing water and large rocks over 50m.

Water pressure for local residents was also disrupted, according to Watercare.

"We are very pleased that no customers were without water, and the pressure only dipped slightly during the peak demand periods of yesterday evening and early this morning," said Simon Porter, the utility company's head of service delivery.

Temporary repairs were carried out on Monday and Watercare said the pipe would be permanently fixed late Tuesday.

Damage done to a footpath, including a crater about a metre deep and three metres wide, and other areas of the reserve will also be repaired.

A Watercare official said Monday it was unclear what had caused the rupture.