A man convicted of a vicious homophobic assault in Auckland during Pride Week has been sentenced to 11 months' home detention. 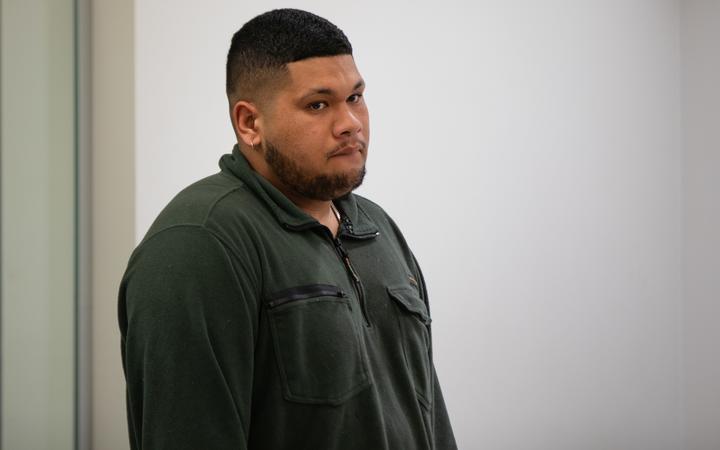 Joden Martin, 20, was also sentenced for a separate road rage incident that occurred in August 2018 after a motorist refused to let the vehicle Martin was in into his lane.

In that incident, Martin and the victim "pulled the finger" at one another and, when they stopped at an intersection, Martin flicked a cigarette at the victim's car, Auckland District Court was told.

The victim, whose wife and baby were also in the vehicle at the time, got out to inspect it for damage. Martin dragged him to the ground and punched him about the head while sitting on him.

Martin said he had just been to his father's funeral so was upset, and had been drinking.

Judge Robert Ronayne declined to accept this as a mitigating factor and said that not being let into another lane - particularly in Auckland - was no excuse.

"Thousands of people per month in this country attend funerals - often their father's - and they don't react like that," he said.

"It was simple road rage. Nothing more, nothing less."

The victim, who suffered significant injuries, was "shocked and disgusted" by Martin's behaviour, which Judge Ronayne described as being at the higher end of seriousness.

While he was on bail for this offence, Martin attacked Newshub journalist Aziz Al-Sa'afin and his friend Fergus Fauvel as they made their way down Karangahape Rd early on the morning of 10 February this year.

The court was told that he approached the two men and punched Mr Fauvel in the head.

"It was nothing more than a sucker punch," Judge Ronayne said.

When Mr Fauvel fell to the ground, Martin kicked and punched him before turning to the other man, who he punched in the face.

Martin pursued one of the men as he tried to escape and continued the assault.

Martin has previously indicated he was offended by homosexuality on religious grounds, something Judge Ronayne strongly condemned.

"It is very clear to me that your attack was motivated by your hostility to homosexuality. You now ... dress this up as some sort of grief reaction to your father's passing," the judge said.

"The reality is, this court was told by your counsel when you pleaded guilty and I commented on your homophobic slurs as you attacked these men, that you have certain religious views. If that is so, you need to keep those views to yourself."

Judge Ronayne said "toxic hatred cannot be dressed up as a religious view" and then "peddled as freedom of religion or freedom of speech".

"This is especially so when it results in violence. You need to understand that tolerance cuts both ways."

She said her client was extremely remorseful and accepted that grief could not justify assaulting people.

"I'm just concerned that this young man receives some assistance and rehabilitation as well as punitive action, which of course will have to occur," she said.

At a previous court appearance, one of the victims of the K' Rd assault, Aziz Al-Sa'afin, spoke about the impact this random act of violence has had on his life.

"On that night, my friend Ferg and I were made to feel humiliated and worthless. The actions of Joden were intended to make us feel like we didn't belong, and that we were wrong in living our lives the way that we were," he said.

"We were assaulted verbally and physically and that left a profound effect on both our mental states."

Mr Al-Sa'afin said he would like to think this was an isolated incident, but sadly, he knew that was not the case.