More than 300 integrated schools are challenging the government's decision to leave them out of its $400 million boost for maintenance.

The scheme will give 2050 state schools between $50,000 and $400,000 to spend on maintenance over the next 24 months, but 330 integrated schools have been excluded, as have schools that lease their property and those that were built and maintained under public-private partnership contracts.

In a statement, a spokesperson for Minister of Education Chris Hipkins said integrated schools, which own their buildings, were getting funding of more than $65m in the 2020 calendar year.

"That's about $730 for property per student to modernise and upgrade their school buildings. On top of that, the proprietor can also charge attendance dues."

The principal of St Bernard's, a small Catholic primary school in the Wellington suburb of Brooklyn, Andrew Pozniak, said he was disappointed to find his school would get nothing. 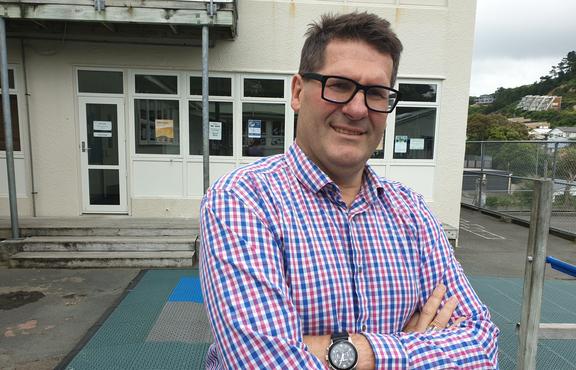 "I was very surprised because we get a certain amount of money from the government for maintenance but it's never enough," he said.

"A school our size would be getting $50,000 which would go a long way to fixing certain problems around the school."

State integrated schools are fully funded by the government, but their property is owned by a third party, most of them by the Catholic church. The owners can charge attendance dues, which are compulsory fees to cover property costs, and the government funds them for their teachers and their property maintenance.

Association of Proprietors of Integrated Schools chief executive Paul Ferris said he was surprised the schools had been left out of the funding boost.

"I was hoping to go to the detail and find that was an oversight in the announcement, because in every way in our legal agreements we would expect to be treated the same way, that's the partnership arrangement we believe we have with the government. Because it's maintenance money they're giving, then we would share in maintenance money given out by the state," he said.

Mr Ferris said the government should not treat state integrated schools differently to state schools and people were angry about the decision.

"We have formed a partnership with the government in the delivery of education. Our parents have put nearly $4 billion of capital up to the government to use free of charge to to deliver education to kids in New Zealand and the government agreed that they would maintain the [integrated] schools on the same basis as state schools. This is part of that deal and we should be there."

Mr Ferris said he did not know how much more money would be required to include integrated schools.

He said the association had an excellent relationship with Associate Minister of Education Jenny Salesa, but Mr Hipkins "chooses not to engage with the integrated school sector".

Mr Ferris said it was the first time he had not had direct contact with an education minister.

"It means that somehow there's a barrier between us that we don't want. We want to be proper partners in the state system."

Mr Ferris said the association would look at its legal options.

"We will explore all options including our legal rights," he said.

Meanwhile the principal of John Paul College, an integrated secondary school in Rotorua, Patrick Walsh, said schools like his could theoretically increase its attendance due for property costs, but it should not have to.

"The big push of this government is around equity and access, so we would be loath to do that in the sense that we don't want to exclude people who have a right to choose a state integrated school to attend by putting up fees," he said.

"Even though we can charge attendance dues, they mainly go to pay the interest on loans that integrated schools use to put up buildings. We have the same maintenance requirements as state schools."

Mr Walsh said he hoped the extra funding was not the start of a gap between state and state integrated schools, and that the policy was a significant concern.

"This seems to be a major departure from the general understanding that integrated schools had with successive governments."