A coroner, investigating the death of a toddler last year, is warning it takes less than a moment for a child to fall from playground equipment. 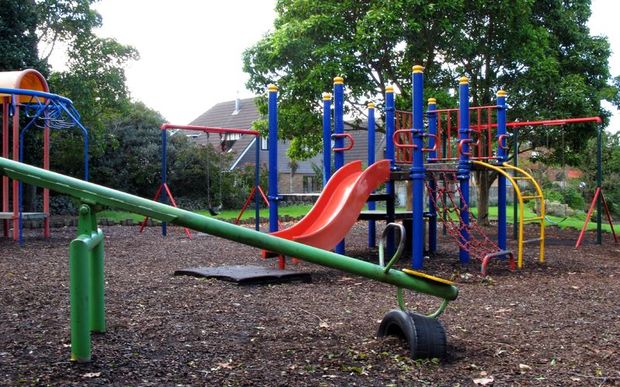 The toddler, who cannot be named, fell at least 90cm into bark chips at a North Canterbury playcentre in January 2018, as her mother momentarily looked away to put a lawnmower in a shed.

She died in Starship Hospital from head injuries four days later, on her first birthday, prompting investigations by the police and the Ministry of Education.

In a coroner's report released today, Coroner Sue Johnson said the toddler's parents wrote to her and said their recommendation would be that the ground under play equipment should provide protection for a child to fall without injury.

But Ms Johnson said relying on a surface to protect a young child from a fall of at least 90cm, "isn't a substitute for parental supervision".

"Regulations in place at the time of [her] fall provided for 300mm of bark and this is considered sufficient to cushion a fall. This does not mean that a child will always land safely. There are other factors in a fall that are unrelated to the surface, such as the position a child is in when they land and how far they fall," she said.

However, Ms Johnson said the toddler's death was heart-rending and absolutely tragic for the family, and she made no formal recommendations.

She offered her sincerest condolences to the family.