The widow of the pilot of the plane that crashed into Mt Erebus 40 years ago says an apology from the government and Air New Zealand took her completely by surprise. 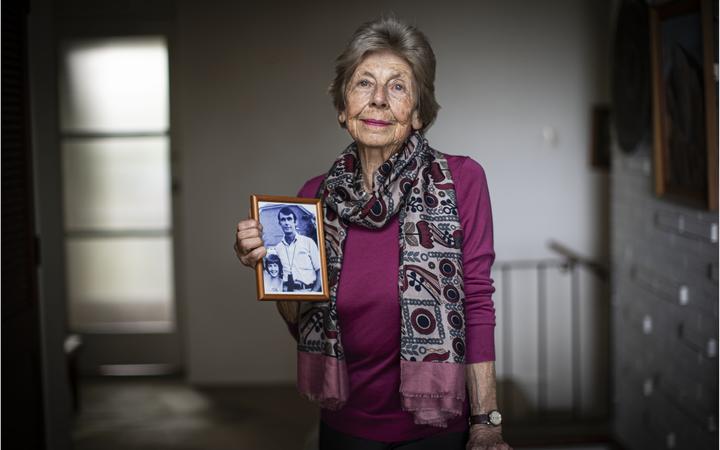 Maria Collins in her Auckland home with a photo of her husband, Captain Jim Collins, who was piloting the Erebus flight Photo: Lawrence Smith / Stuff

Maria Collins was at Government House on Thursday when Prime Minister Jacinda Ardern apologised to families for failures and wrong decisions by Air New Zealand - which was wholly owned by the government at the time - both up to and after the disaster in which 257 people died.

Ms Collins, widow of pilot Captain Jim Collins, said she always thought there would eventually be an official apology, but did not think it would come within her lifetime.

Hearing the apology left her in "complete shock", she told Morning Report.

"It did vindicate what so many hundreds of New Zealanders let alone my legal team and others who wrote books on it ... it's hard to believe, I truly was delighted and very shocked and surprised when it happened yesterday.

"I thought one day I'd wake up and that's what I'd love to hear. But of course, that doesn't happen in my life time and I was going to wake up and it would all be gone."

It had since become more real for her.

"I can only say I'm truly grateful for our family and for us. I can hardly speak with the emotion of what it means to us."

She said she hadn't considered any legal action.

"We're still digesting this moment. And we'll have to see whether, or if, or not at all, it's something that we haven't even considered. We're just savouring the moment of the prime minister's words."