The sunny, dry weather across the country is about to change in many areas this evening and tomorrow, with even the possibility of thunderstorms in the central North Island. 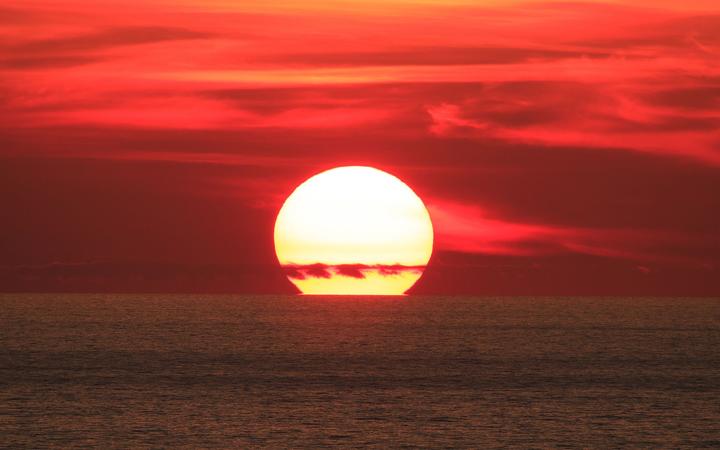 Rain is expected to bring relief to many areas after a prolonged hot and dry spell and record temperatures for November. Photo: 123rf.com

While Northland, Auckland and Coromandel Peninsula enjoyed fine spells this morning, scattered showers are expected to develop later this afternoon, some possibly heavy.

Metservice forecasts the same for areas from Waikato to Manawatu, including Bay of Plenty, Gisborne, Hawke's Bay and the central high country, with rain due to extend into the evening. There is also a chance of thunderstorms developing.

The Wellington region is expected to remain overcast.

Ata mārie Aotearoa. It's shaping up to be another warm day for the South Island's east coast. Ōtautahi already 21C at 8am. Expect a cooler change tomorrow. https://t.co/Yjbq0jxdqz ^AJ pic.twitter.com/21q2Rzyr41

In the South Island, Nelson, Buller, Malborough and Canterbury are expected to see isolated showers, with the heavier rain forecast for Westland and Fiordland, which should clear overnight.

Otago and Southland are expected to see showers this afternoon and evening, possibly turning thundery in Clutha, Dunedin and North Otago. It should remain cloudy tomorrow, with isolated showers in Otago.

This far outnumbers a handful of cool temp extremes during September-October. pic.twitter.com/BoWcKYCNxP

The unsettled weather will continue over the weekend and into Monday for many parts of the country, with isolated showers expected in the North Island, although Gisborne and Hawke's Bay are expected to experience fine weather on Sunday.

The South Island should have some fine weather, but cloud and shattered showers are expected to develop, mainly in the west.

Last week Metservice said temperatures were well above normal for this time of year, with places like Timaru hitting 29C.

A ridge of high pressure drifting across from Australia lifted temperatures across many parts of the North Island, with westerly winds and drying out soil, bringing alarm to both farmers and Fire and Emergency teams, who have had to plan for the fire season earlier than usually.