The Defence Force has been awarded a rainbow tick for its inclusion of lesbian, gay and transgender troops. 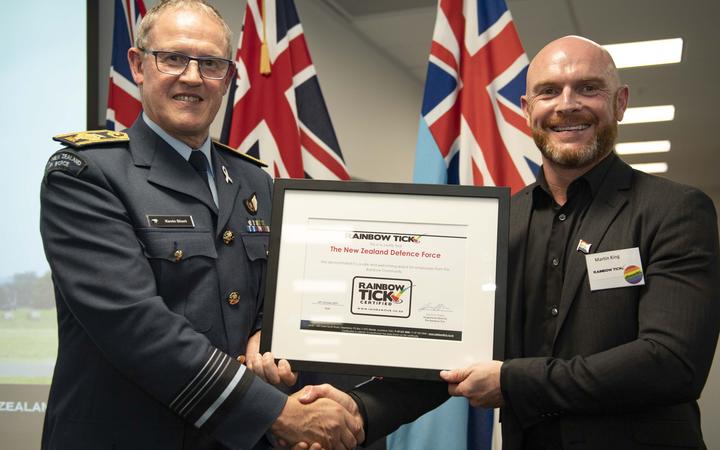 Chief of Defence Air Marshal Kevin Short announced the recognition at an event in Wellington this evening.

In 2014, defence was recognised by the Hague Centre for Strategic Studies as the world's most inclusive military.

This year marks 25 years since the military lifted the ban on LGBTQI people from serving.

"Many LGBT-plus people aren't open about their sexual orientation - or identity at work - because they're worried about stereotypes, making people feel uncomfortable, or even losing relationships with co-workers," he said.

Mr Poulter said the tick was the next step in a process it was going through to become more inclusive.

"This is not mission-accomplished at NZDF - the rainbow tick has provided areas of improvement for us to work on," he said.